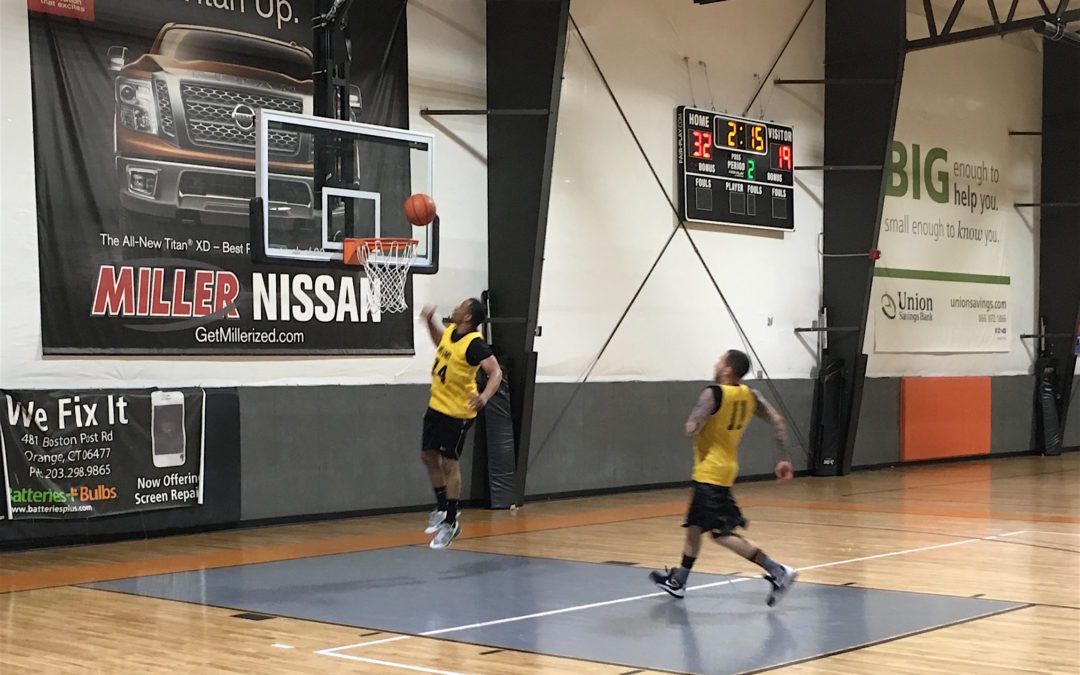 In this first-round playoff matchup, we have a classic David vs. Goliath story as White Magic will attempt to upset undefeated No Limit. These two teams did not square off during the regular season, but have both played better down the stretch than they did earlier in the season.

No Limit is a star-studded roster led by all-star captain Tarell Vargas; Week nine “Player of the Week” and fellow ’17 all-star John Rullan; As well as defending slam dunk champion and ’17 all-star Howie Miler, and handful of other talented players. Vargas, Miller, and Rullan all averaged double-digits in scoring on the season. Kevin Rivera is a nifty guard who has one of the fastest first steps in the league. He provides a spark for this team coming off the bench, averaging ten points per game.

No Limit began the season on top of the power rankings list, and they didn’t seem to wither as the season went by, finishing undefeated. They always pose a threat to opponents because of their size, length, depth, and speed, which is also why they have been consistently in the conversation for the best team in the league all season long.

White Magic has a very different story. They spent the first half of the season on the bottom latter of the power rankings, taking up one of the two last spots. They have some talented players in Steve Buczek and Mark Ballard, but they don’t tend to play a cohesive team game. If they want to have a chance in this game they’re going to need guys like James Davis and Justin Silva to play the game of their lives, not to mention efficient shooting across the roster.

They started the season off on a cold streak, and struggled to get their first win until week six against last ranked Light it Up. This a team that lives and dies by the long ball. When they’re able to knock down open shots they can put up a fight, but if they start trying to play hero ball they won’t be able to hang with the high-scoring No Limit offense.

I’d love to pick the underdog here, but I don’t think it’s likely for White Magic to beat No Limit. No Limit is a team that is expected to be in the championship game, and White Magic doesn’t have enough to go against them. I expect No Limit to win this game by double-digits, but if White Magic can keep it close into the second half anything can happen.