Playoff Preview: No. 3 Halfway Crooks vs No. 6 Big Baller Brand 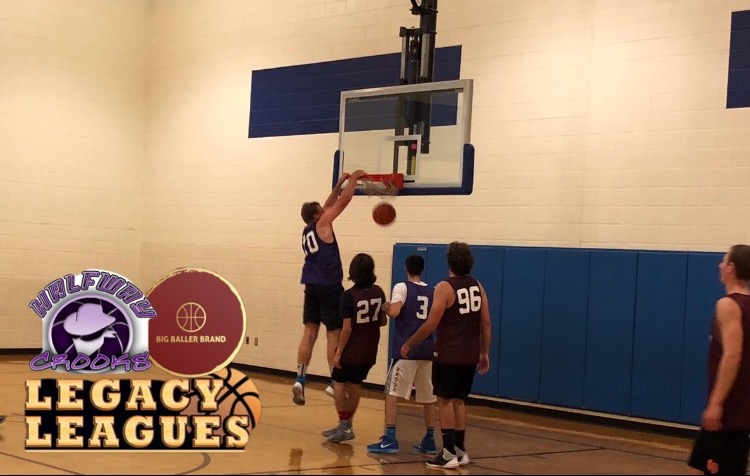 In a regular season that was full of a lot of highs and lows for both teams, the Halfway Crooks and Big Baller Brand will be looking to get hot at the right time in order to make a deep postseason run.

The Halfway Crooks enter the post season as the no. 3-seed, which was clinched with a victory of the Werewolves in the final week of the regular season. The Halfway Crooks have been very accustom to getting off to slow starts, which I’m sure is something they don’t want to carry over with them into the playoffs.

This was the case in the first match up of the season between these two. The Halfway Crooks found themselves down 12 at the half, but put on a dominant second half performance to earn a somewhat comfortable 11-point win. The second match up was a whole different story, as the Crooks came out firing from the jump and coasted to a near 30-point win.

Big Baller Brand comes in as the six-seed, unable to steal a win all season. They have had a few competitive games, but haven’t played consistently enough for four quarters to come away victorious. They struggle, at times, on both ends of the floor, which tends to result in lop-sided losses.

After a crucial comeback victory against the Werewolves, the Halfway Crooks have shown that they are definitely one of the more gritty teams in the league. They’re no stranger to slow starts, but they’re pretty familiar with comebacks as well. They have four comeback victories when trailing at the half this season, some deficits worse then others. These comeback victories and close games should pay dividends come playoff time.

“It’s good to be put into pressure situations like that at the end of games, so we’ll just look to keep it rolling into the playoffs,” the Halfway Crooks Dylan Lincoln said.

Big Baller Brand knows they are going to have somebody outside of Brett Cody step up to help carry the load offensively, but where their main concern needs to be is on the defensive end. Poor communication at times leads to many wide open threes and dunks.

“As a team we have been playing a zone so we need to close out to shooters better and make sure we have the right rotations so they don’t get easy layups and dunks,” Big Baller Brand’s Brett Cody said. “I just think we need to get better ball movement to get open shots. They have some guys who can shoot, so we need to make sure they aren’t getting open looks.”

The Halfway Crooks’ shooters usually catch fire in the third quarter. Throw in great ball movement and it is no wonder most of the Halfway Crooks runs come after halftime.

Getting Tom Ferantti a lot of touches offensively will be huge key for not only this game against Big Baller Brand, but also in potential future playoff matchups. Ferranti has been one of their most consistent scorers, aside from his last two games. If he is able to get it going again, along with Jared Hanson running the show and Dylan Lincoln’s ability to score inside and out, they will be a very tough out in the playoffs.

Big Baller Brand is going to need a big day out of Matt Simmeth, who has shown he can help carry the offensive load, but has been very inconsistent. If they want to pull off the upset and snag there first win of the season, Big Baller Brand is going to have to attack the basket. They have made the least free throws in the league, and attempted the second-least (15-51).

Pace will be a huge key to this game. If Big Baller Brand can slow the pace down and get to the free throw line, a game in the 50’s favors the underdog. If the Halfway Crooks are able to get out in transition and get easy buckets inside against this much smaller team, this one could get ugly very quickly.