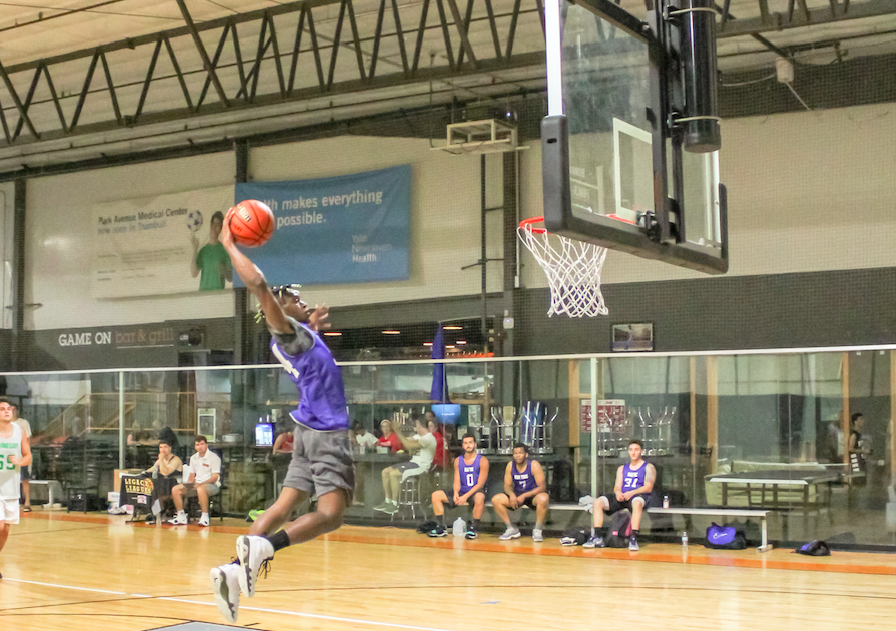 Run TMC has been one of the most dominant teams throughout this Summer season. They have bounced around the top of the power rankings and have been overlooked on several occasions, including after they lost to 6-seed The Throne earlier in the season. They have come into their own and proven to be a team to be reckoned with heading into the playoffs. They finally will get the big stage to prove if they really are a top team in this league.

“Once we get out and run it’s hard to keep up with us,” Run TMC’s Will Hudson said. “When we get contributions top to bottom we will be tough to beat especially against teams like Team Moose and Shocker City.”

A storyline to follow heading into this matchup is how Reggie Stewart will continue his red hot play. Stewart has the potential to be the unanimous MVP this summer as he has been the best player all summer long. He is second in scoring and third in assists and has been his team’s most important player.

Run TMC has gotten a lot of contributions from up and down their lineup. Eric Singleton is already a proven player in this league and had a “down year” averaging 19.8 points per game. Singleton has accepted his role graciously and been a great second option to Stewart who can put the ball in the bucket when needed.

Will Hudson is another big part of the team averaging 20 points a game while lighting it up from behind the arc and on the boards all season long. Hudson also became the third player in league history to reach 1,000 points earlier this season.

As for Above the Rim, it has been a struggle for them all season long. One of their few bright spots has been Eric Windley who leads the team with 18.3 points per game. Their lone win of the season came against J’s Trey’s and Fadeaway’s in Week 7.

Despite getting the elusive first win, they continued to struggle in the last two weeks of the season. Percel Boyd has been the only other consistent player for them averaging 14 points a game. Above the Rim has to hope they make a lot of the threes they take in order to come close to competing with this Run TMC team.

Reggie Stewart and Eric Singleton will be the players to watch in this matchup as they look to continue their hot play. It will be a major test for Above the Rim as they will attempt to slow down arguably the most athletic team.

Above the Rim must locate Will Hudson at all times and get bodies on him down low. It will be a tough test for a struggling team who has had a disappointing season. Overall, look for the Big Three of Run TMC to dominate in this matchup.