Playoff Preview: No. 3 Sportslook vs No. 6 Run TMC 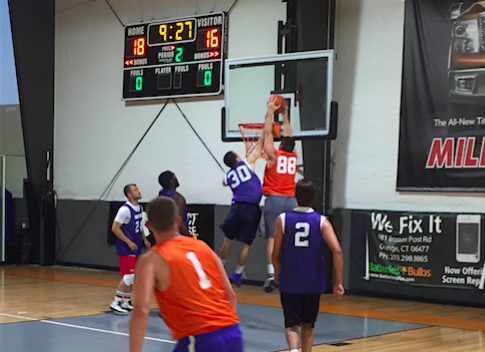 You have to dial back the calendar all the way to Week 2 for the last time these teams faced off, and a lot has changed for both teams since then. In that matchup, Sportslook won each quarter by no more than four points on their way to a 12-point victory, but that victory came against a very different Run TMC squad. That was just Run TMC’s second loss, which eventually snowballed into a four-game losing streak to open the Fall season.

After four weeks, they found themselves in the basement of the league, capturing the ninth spot in our power rankings, nestled between the Titans and the Kekambas, two teams who are now eliminated from the playoffs.

In the wake of his 18-point debut in Week 5, our Power Rankings stated that “In order for Run TMC to improve their record, Reggie Stewart needs to command this team, while getting production from everyone else week in and week out.”

He has done just that, averaging a team-leading 20.6 points per game on 50.4-percent shooting. Despite being the point guard and Run TMC’s smallest player, Stewart leads the squad in rebounding, averaging just over eight per game on the year.

Sportslook began the year proving they still belonged in the conversation as one of the top teams after they lost in the Summer league Championship against The Brotherhood. They have shown resiliency after battling back from double-digit deficits in multiple games this year. According to our power rankings, they remained as a top four team for the entirety of the year, with their only losses coming with a shorthanded lineup.

Coming into the Fall season, Bryan Acevedo was touted as one of the best scorers that the Legacy Leagues has to offer. He raised his scoring average in his second season from 18.4 to 21.7 points per game. While Acevedo was a reliable scoring threat all season, Scott Corchard made Sportslook click. Although he led the league in turnovers, Corchard combined tenacious defense with an ability to facilitate and initiate transition opportunities with his cat-like quickness. He also has a knack for getting to the line, sinking the third most free throws in the league (at a 72 percent clip).

Sportslook’s defense will have to play stingy defense against Run TMC if they want to beat them for the second time. Run TMC has tallied the most assists this season. In their first matchup, Run TMC was held to a season-low five assists, but they were without Stewart. This is a classic matchup of a powerhouse going against a team that is on fire. The only question is, which Sportslook will show up: Will it be the team that lost to Goon Squad in week 4 with Acevedo only scoring seven points, or will it be the team that took down the fourth-ranked Temptations in Week 8?