Playoff Preview: No. 4 Pandas vs No. 5 ZewCrew 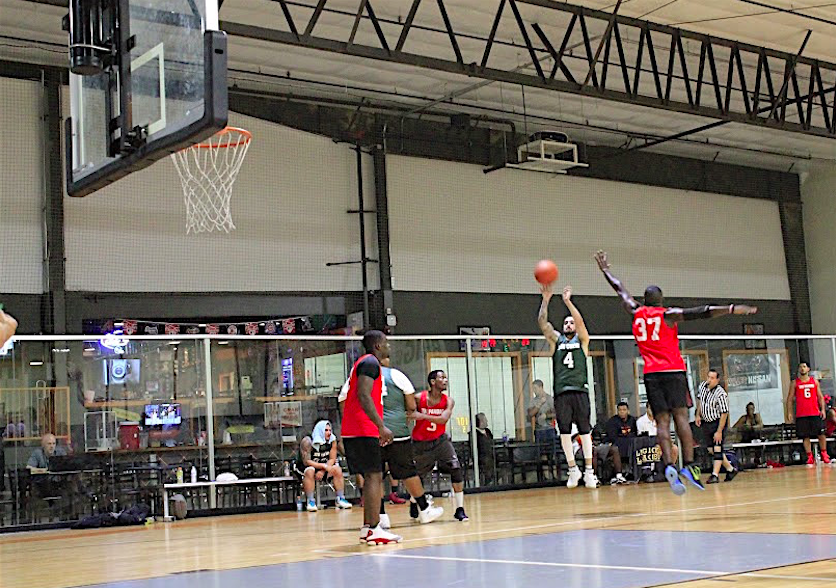 There are so many similarities between The Pandas and ZewCrew that it seems fitting the two square off in the quarterfinals of the Legacy Leagues playoffs on Tuesday night.

The teams, the No. 4 and No. 5 seeds, enter with identical 5-4 records while encountering similar ups and downs throughout the season.

Jelan Mason dominated the season in the first two weeks of the season, as The Pandas overcame a Week 1 loss to Sportslook with a Week 2 win over Run TMC. However, the team soon encountered what became a season-long struggle: assembling a full team.

Mason, Rondell Jones, Joe Spain and Chris Dias each found games in which they flashed greatness, but the group never found the court on the same day. Now that Jones has been not played for six straight weeks and Spain is out with a season-ending injury, it is up to Mason and Dias to carry The Pandas in the playoffs.

ZewCrew, on the other hand, has held near perfect attendance on the season. Its top five scorers (Mark Harrison, Chris Rosario, Ty Alston, David Woolfork and James Davis) have combined to play in 43 of 45 games this season. However, those two absences belong to Harrison and Davis, who both missed the team’s Week 7 loss against The Pandas.

The teams have also met weak opponents in succession. ZewCrew opened its season with The Hateful 8, The Land and And-1, respectively, the three lowest seeds in the Legacy League. This led ZewCrew to a 3-0 start before the team met stiffer competition, concluding with the No. 2-seeded Blood, Sweat and Beers for the regular season finale.

“If we play good tonight, I think our chemistry will be good for the playoffs,” ZewCrew’s Ty Alston said during halftime of the matchup.

Rosario finished with 29 points as ZewCrew defeated BS&B, 58-54, to earn the No. 5 seed for the playoffs and cap off the regular season with a winning record.

The Pandas, meanwhile, had And-1 and The Hateful 8 stowed away for the end of the season. These games could not have come at a better time as The Pandas entered Week 8 with a 3-4 record. The team owned the final two weeks and rides a three-game winning streak into the postseason.

The Pandas and ZewCrew have stars that will drive the bulk of the game. Chris Dias will likely have to guard Mark Harrison and vice-versa, while Jelan Mason will probably be on Chris Rosario or Ty Alston. Yet, the supporting casts will be crucial to this quarterfinal matchup.

Dre Joyner, Chanse Wilkie and Jay Thompson had coming out parties over the last two weeks for The Pandas. However, that was against abovementioned weak competition. The trio has put up some of its best offensive numbers in recent games, but has not been forced to play intense defensively. Will the three be able to give Mason and Dias a helping hand on both ends of the court against ZewCrew?

“We just have to get everyone on the same page,” Mason said. “Make passes, make shots, play defense and we’re all set.”

On the other side, David Woolfork and James Davis might be the most unpredictable ZewCrew x-factors. David Woolfork is capable of controlling the post on offense, but spends a good portion of the game on the bench. Davis, meanwhile, has perhaps been the most intense player in this Legacy League season. However, that intensity has not always led to impressive statistics. He carries momentum into the playoffs, putting up his highest scoring total in six weeks during ZewCrew’s crucial Week 9 win over Blood, Sweat and Beers. He also may spend some time guarding Jelan Mason, time that could swing the matchup.

The winner of this game will likely face The Brotherhood, the 9-0 juggernaut that has controlled the Legacy Leagues, in the league semifinals on Thursday.