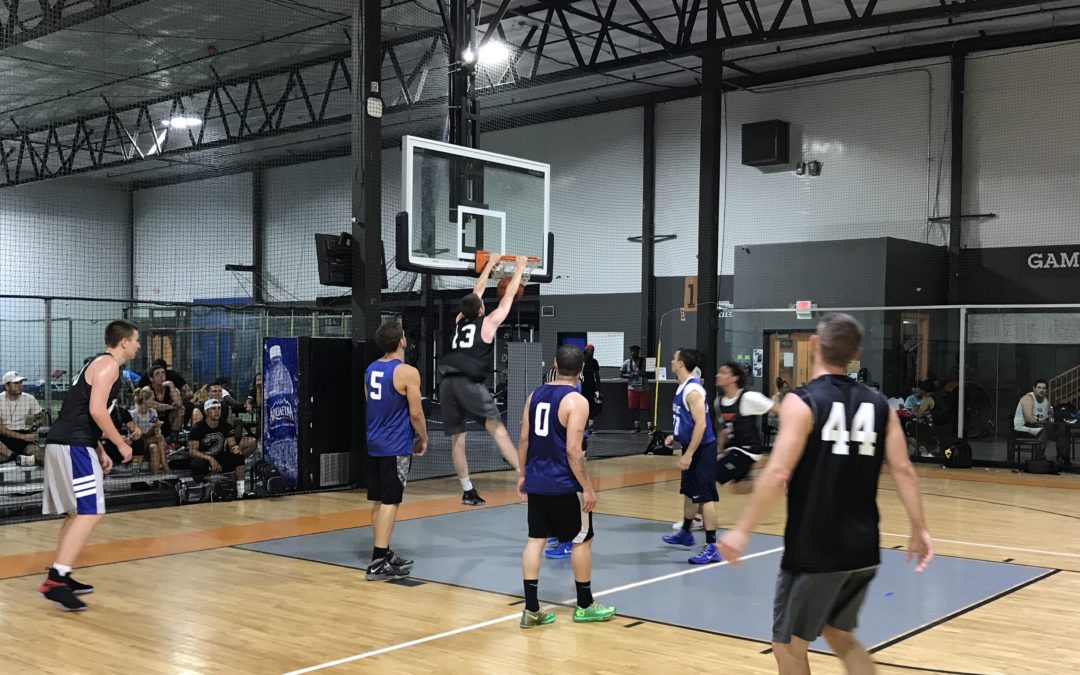 Team Moose may be a new addition to the Legacy Leagues, but the rest of the league is well aware of their capabilities after finishing the season with just two losses, one of them being due to forfeit. Team Moose boasts wins against teams as perennial as The Brotherhood, and secured an eight-point victory against Run TMC three weeks ago.

Run TMC experienced a much different regular season, finishing under .500 despite coming into the season with high expectations after a semifinal run last season. Part of the disappointment can be blamed on a very tough schedule, which included Team Moose, No Limit and The Brotherhood. Run TMC flashed their offensive power in their First Round stomping of Fry Time on Thursday night, 127-78.

Five different players on Run TMC finished in double figures in that First Round victory after coming out of the gates slow, which is something they cannot afford to do against Team Moose. Team Moose boasts the strongest team defense in the league, led by lockdown-defender Connor Daly, who has 14 blocks on the season. Team Moose was widely considered to be the strongest defense in the league even before Trevor Chaves came into the fold, but with him now in their rotation, getting to the rim is an even tougher task.

That would be an understatement. Chaves is averaging 18 points per game and shooting 92.6 percent from the field, giving Team Moose another weapon on both sides of the floor. For Run TMC, they know they have to continue to spread out the scoring and have multiple contributions on offense to try and crack the defensive armor of Team Moose.

“We need to find balance offensively,” Run TMC’s Matt Zocco said of facing Team Moose’s smothering defense. “They lock in defensively and try and take out your best guy, so we need good balance scoring.”

If Run TMC is going to have success scoring and on the boards, they will need a huge game from All-Star Will Hudson, who is second in the league with 65 rebounds on the season. He also ranks third in offensive rebounds, and he’ll need to keep that pace up as the Team Moose defense figures to force plenty of missed shots, so Hudson will need to be ready to fight for rebounds against Chaves and Brad Seaman.

Run TMC will also have to avoid the slow start they suffered against Fry Time in the First Round. They were able to right the ship and pull away from an inferior team like Fry Time, but Team Moose’s style of play makes it very difficult to mount comebacks. Team Moose is very disciplined and patient, and minimizes opponent possessions. When teams need to score in bunches to erase a deficit, Team Moose makes it nearly impossible with their ability to slow the game down to a crawl.

In the event that Run TMC falls behind, they will have to look to their three-point shooting to get them back in the game. With the elite defenders of Team Moose guarding all lanes to the rim, the three-point arc might be where Run TMC can do their damage, so look for shooters like John Rullan and Matt Zocco to try and heat up from downtown.

Rullan has drilled over 30 threes this season, while Zocco is shooting an impressive 50 percent from beyond the arc. In their first meeting back in Week 7, Run TMC outscored Team Moose 23-15 in the fourth quarter and still lost by eight points. They cannot afford to let Team Moose go on a run, because that could be the nail in the coffin of their season.

Don’t expect Team Moose to try and match threes with Run TMC should they have the hot hand. Team Moose has attempted the fewest three-pointers in the league this season, less than half of Lob 203, who ranks just ahead of them. Team Moose does their damage in the paint, and it shows with an unbelievable field goal percentage of 68 percent as a team. For Run TMC, they will have to keep their heads on a swivel and watch for the extra pass that Team Moose has burned countless opponents with during their inaugural season.

Can Run TMC come out with an added fire with revenge on their minds after their loss to Team Moose three weeks ago? They certainly have the talent, and have shown flashes of their potential at times this season. It’s hard to say if their second half performance against Fry Time is a sign that they are firing at all cylinders right now, especially because most other teams have looked great against Fry Time this season. Team Moose will be a different animal.

Run TMC made it a close game in the Week 7 matchup, but it’s hard to expect Team Moose to shoot less than 50 percent from the free throw line again. In that Week 7 game, Team Moose made just nine of their 23 free throw attempts, an abysmal performance that has to be considered an anomaly given their track record form the line. Their 35-for-47 night from the floor masked their free throw shooting woes, but should they find themselves in a close game down the stretch, free throws are usually what makes or breaks a season.

Team Moose is a legitimate championship threat, while many are still trying to figure out where Run TMC stands in terms of other contenders. Run TMC’s composure and patience will be tested, as Team Moose likes to take their opponents out of their rhythm and dictate the pace of the game. Jhamal Jones will have to keep things sped up for TMC, and make sure they get back on defense before Team Moose’s forwards ruthlessly attack the rim. An upset is certainly not impossible given Run TMC’s track record in this league, but Team Moose has all the ingredients for a deep playoff run.