Playoff Preview: No. 4 Temptations vs No. 5 Goon Squad 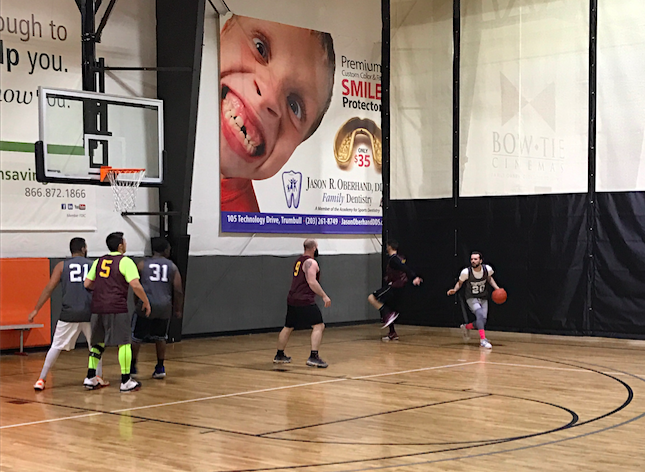 In a rematch from week nine, the number four and five-seeded teams will square off in the quarterfinals of the Legacy Leagues playoffs. Two teams that finished with identical records (6-3) in the regular season project to match up very evenly. In a game that features the two All-Star team captains, this is sure to be an exciting finish chock full of high-flying action.

Back in week nine when these two teams played, they were fighting for the final bye in the playoffs. After the Temptations won, Goon Squad fell out of the top four, forcing them to play the Air Ballers last week. While the test was minimal, the extra rest should be a benefit for the Temptations. Alternatively, it can be argued that having played last week Goon Squad is focused and ready to go.

The first meeting between these two remained close from the beginning to the end. It was a one-point contest headed into the fourth quarter, before the Temptations were able to pull away. Having shown their capability to hang with Carmine Santorelli and the Temptations, Goon Squad will have to put together a complete 40 minute effort to come out on top.

While Goon Squad has been carried by their team’s high scorer and lone all star, Matt Marconi, they have been boosted by solid play from their supporting cast. Brandon Massaro has proven to be a knock down shooter, as well as an efficient ball handler at point guard. Matt DelMonte has also been an integral part of this team for what he can do both offensively and defensively. His high flying, up tempo style of play has been an X factor for Goon Squad. That said, they will be without DelMonte for their quarterfinal matchup. How they are able to plug that hole will be a major key to this game.

After winning their first match up against Goon Squad, the Temptations know that this is no easy task. The Temptations have proven to be one of the best scoring teams in the league, but were held to their third lowest amount of points scored in a game in the week 9 meeting. While Carmine Santorelli has flaunted his ability to score at will, the rest of the team must step up and show they can handle the load when Carmine sits or is double teamed.

Fellow All-Star Erik Silva and Rookie of the Year Fred Milfort has served as great additions to Carmine’s squad this season. Their efforts on the defensive end, as well as providing efficient secondary scoring options, has been integral. There have also been rumors that Carmine’s brother, Nick Santorelli is going to be making his return to the hardwood for this contest.

If the first match up was any indication, this game is looking to be one of the best of the quarterfinals, with the winner more than likely facing an even bigger challenge in the semifinals: the defending champs.