Playoff Preview: No. 4 Werewolves vs No. 5 Skyhookers 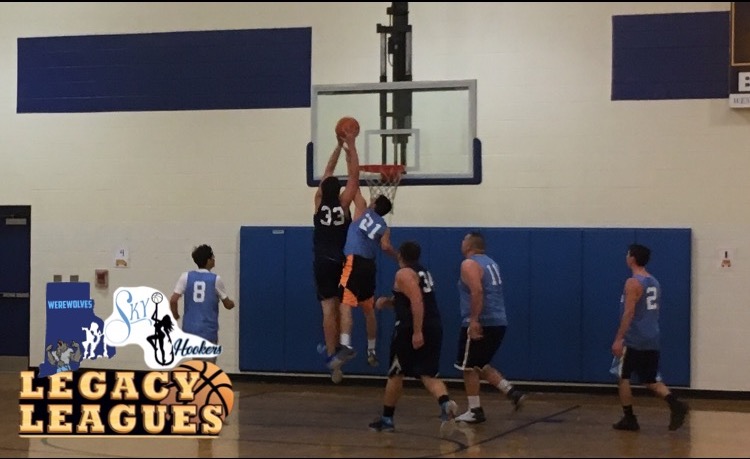 In one of our quarterfinal matchups, the fourth and fifth-seeded teams face off, each having won one game against the other in the regular season. The grudge match is on.

The Werewolves are coming off of a tough overtime loss in Week 8, the first overtime game in Rhode Island league history, falling just short against the Halfway Crooks. The Werewolves missed some key free throws down the stretch which ultimately helped decide the outcome.

The Skyhookers are coming off of a blowout loss to The Alliance in the final week of the regular season, in a game where they had to play with only three players. That can prove to be tough against any team, especially a team as dominant as The Alliance. A big key for the Skyhookers will getting their entire team to show up for their first playoff game.

Both of these teams have been streaky throughout the season. The Werewolves looked good early on in the season, when they were as high as number two in the power rankings after beating Boom-Shakalaka in Week 3. Since then, they’ve only gotten one win, and that’s over the Skyhookers in Week 7. In that win, Heston ended up guarding O’Donnell, and that was one of the key’s mentioned in Heston’s post-game interview.

“Basically (our plan was to) get the ball out of (O’Donnell’s) hands, and then we’ll be set on defense,” Heston said. “Keep the point guard (O’Donnell) low scoring, and make him take difficult shots.”

“My guys hit some big shots, myself and especially my boy Kevin (Redmond) at the end of the game,” O’Donnell said.

In their second win of the season, against the Werewolves, O’Donnell led the team with 21 points, but Terrance Paris and Leo Bassa came off the bench and contributed to the win with 12 and 11 points respectively. For the Werewolves, Heston led the team with 17 points, and this was Gino Forte‘s worst game of the season. Forte shot 1-of-15 from the floor. O’Donnell had a good game on Forte defensively with five steals, and was all over him.

In the second matchup between these two teams, the Werewolves came to play. Heston had 33 on the night, and just couldn’t be stopped, shooting 14-of-19 from the field. To go along with his 33 points, Heston had 18 rebounds, five assists and seven steals.

O’Donnell had 28 of his own, but the Werewolves were forced to play with only four players, as they have many times over the course of the season. The Werewolves rotation turned out to be too much in the second half, with the Werewolves outscoring the Skyhookers 42-30 after halftime. Forte had a better game this time around, although he still only shot 5-of-16 from the floor.

In what should be a good matchup in the first round of the playoffs, these two teams are definitely familiar with each other. The Werewolves know that they have to try to limit O’Donnell, while the Skyhookers know they’ll have to limit Heston. This game is going to come down to which team can offer their standout player some help. Each team has players that have the ability to help out their leader, but it’s a matter of who shows up and comes up big when the lights are shining brightest.