Playoff Preview: No. 5 Flint Tropics vs No. 12 Redemption 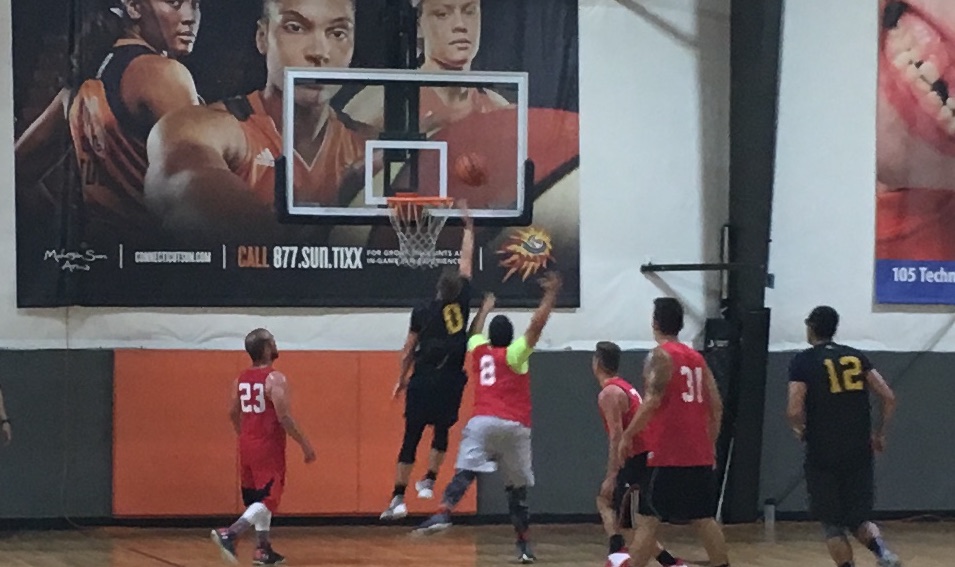 In another early season rematch, and arguably the most evenly-matched Second Round matchup, the Flint Tropics look to survive without star player Mike Bozzuto against the Winter 17 runner-ups, Redemption. Redemption came into the season losing MVP Jalen Graham to No Limit, but re-tooled with players Dom Migliaro and Matt Gerak. The Flint Tropics on the other hand is new to this league and caught the league by surprise, rising to fourth in the power rankings. Falling only to Team Moose and The Monstars, the Flint Tropics proved to be a top-tier team in this league.

Redemption has possibly more incentive than any team in this league, as they want to redeem themselves after losing in the Finals last season. Scott Corchard is back and playing better than ever, averaging 11.3ppg along with three assists per game. It’s truly what Corchard does off the ball and how he leads his team that is irreplaceable in this league.

Corchard is one of the rare players that makes everyone around him better and he never cares about the stats. Every game this season Redemption would ask the stat keepers, ‘How many turnovers did we have’. Never asking about any personal stats, just team stats because that’s what this teams greatest strength is: unity. With only 597 points on the season as a team they will not blow you out of the water, but they slow the game down and make you play their style of basketball.

“I don’t think we’ll ever have a big blowout win” Corchard said “but watch out, it will always be competitive.”

Competitive is a brand of basketball the Flint Tropics have come to see in there inaugural season in the Legacy Leagues. They took off fast winning their first three games, but then ran into the high-powered defensive machine that is Team Moose and only scored 38 points in 40 minutes of basketball. In that game Flint Tropics superstar Mike Bozzuto had 21 points with 12 rebounds.

No other player had more than four points and the team shot a combined 14-of-40 from the floor, eight of those makes coming from Buzzuto. The Flint Tropics will be without Bozzuto until the Finals if they were to make it that far. Ryan Caggiano, Cody Doubleday, and Vin Gambino will need to step up and carry a load they have not been asked to carry to this point in the season.

Gambino will need to lockdown Corchard and not let him dictate the pace of the game. If Matt Cyr, the league leader in blocks, can hold down the paint the Flint Tropics can then push the ball and use their athleticism to their advantage. The Flint Tropics without Buzzto may still be a weakness that Redemption can exploit.

“This was definitely a statement win for us,” the players from the Flint Tropics said in a group post game interview. “Every game is a statement game.”

One of the most underrated players in the league is Redemption’s Dom Migliaro. He can stretch the floor with the best of them, shooting 44 percent from three, and he can bang down low which is a credit to his extremely high 62.7 field goal percentage. If Corchard is the leader, then Migliaro is the star because when he is stretching the floor with Christian Terrell shooting on the wing this Redemption team is very dangerous.

There are two very similar stories for this game between two very similar teams. For Redemption, they are looking for redemption (pun intended) as they want to prove they don’t need Jalen Graham to make another Finals run. For the Flint Tropics they have to prove that they are a complete basketball team from top to bottom.

All season we have discussed how they have arguably the deepest bench in the league. This is their chance to prove it without Summer 17 All-Star captain Mike Buzzuto. In the words of Jackie Moon, “Im so excited, I can’t feel my arms.”