Playoff Preview: No. 5 Monstars vs. No. 12 Sportslook 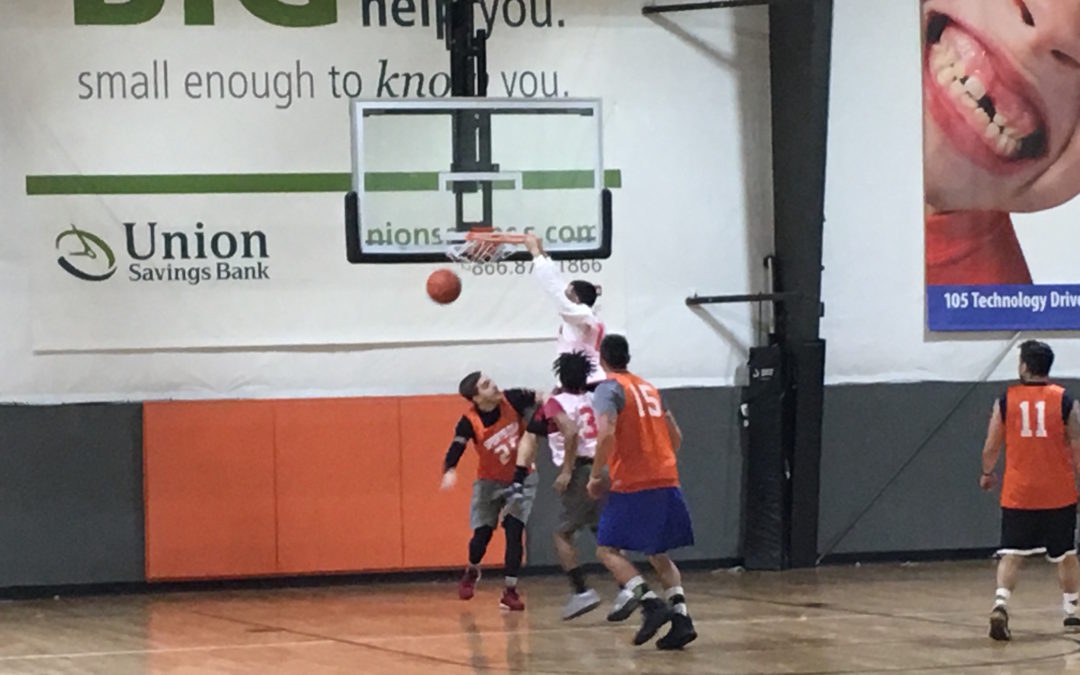 In a rematch from a much different time for both teams, week 3, Sportslook takes on the Monstars, in a classic #5 vs. #12 matchup, in the Winter ’17 Legacy Leagues playoffs opening round. The two teams have recently gone down very different paths heading into the playoffs. The higher seeded Monstars have dropped their last two games to The Rookies and Red-emption, while Sportslook went two-for-two in the “make-up” Week 10 defeating both Stranger Danger and Run TMC.

With revenge on the table for Sportslook after their narrow loss in Week 3, look for this game to be close from start to finish. Sportslook’s slim loss in Week 3 was due in part to their unbalanced offense; only having two players score in double figures and only eight assists as a team. The Monstars on the flip-side had all but one of their seven players score over eight points in the game.

In addition to the revenge factor in this game, the individual matchup of two all-stars is at the top of what to watch for. Reggie Stewart of the Monstars got his second straight all-star nod this season, even though he took a smaller roll on a deeper team. On the other hand, Sportslook’s rookie Tyrell Holmes has been their catalyst all season long; going 3-2 with Holmes in the lineup and 0-4 without him.

Despite Sportslook’s high dependency on Holmes, they do have a solid supporting cast that has stepped up of recent. Scott Benzing provides a solid wing presence on offense with an innate ability to slash and get to the rim, while also being respectable shooting from beyond the arc. Steve Niggebrugge provides a “stretch-4” presence, being one of the bigger players on the team, but still being a long-range threat. With roles and offensive chemistry seeming to be taken care of now, Sportslook is going to have to keep up their defensive intensity to win; having only allowed 69 and 45 points in their last two games.

However, even with a win in the season matchup the Monstars should not take the double-digit seeded Sportslook for granted, having narrowly defeated them without their star, Holmes, in the first place. They also shot an abysmal 19 percent from long-range in that first matchup as well. That will need to improve to keep pace with this hot team.

Aside from Stewart, the Monstars will need the help and defensive intensity of fellow all-star Corey Jacobs, who is tied for second in the league in steals. Outside shooting coming from Fall ’16 all-star Mike Cody and “stretch-4” Ty Alston will also be key to open up the lane for Stewart and Jacobs to get to the rim.

This matchup should be no different from what you see in the NCAA Tournament’s no. 5 vs. no. 12 matchups; closely contested and a possible upset. The winner of this game will most likely take on the Temptations in the quarterfinals barring a monumental upset by Stranger Danger.