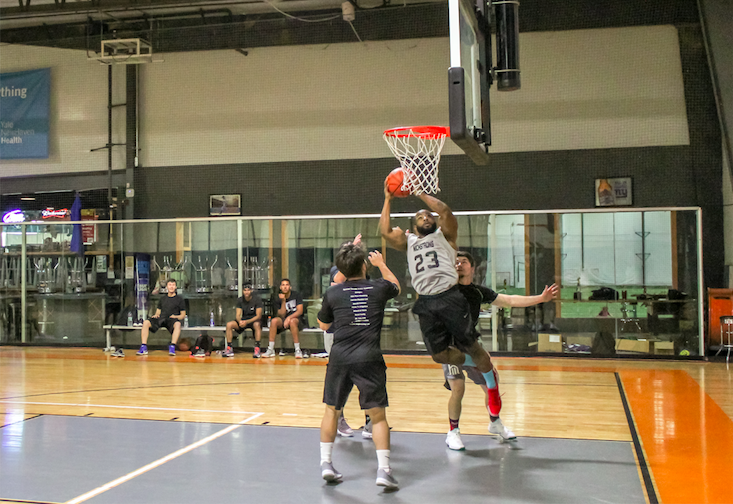 It was Week 1 of the regular season when these two teams collided and Nickstrong pulled out a tough 76-67 win against the Head Hunchos. Brett Cody did all he could that game by scoring 33 points and collecting 12 rebounds but it just was not enough. This was the first ever game for NickStrong in the Legacy Leagues, and at times it showed they were inexperienced. However, Michael Vessicchio dominated, scoring 38 points with nine rebounds.

This league takes some time to adjust to and NickStrong has made improvements each and every week.  They are a completely different team now then they were in Week 1 when these two teams squared off.  the Head Hunchos however, may not be that different from when the summer kicked off in June. They are the same one-dimensional team that rides and dies with Brett Cody.

Cody has the capability, as we have seen before, to score 40 points easily. However, even with that he does not get much help. Danny Bartoli is a solid second option, but he only averages 10 points-per-game. Thats a 12-point drop off from the leading scorer to the second-leading scorer.

If the Head Hunchos want to even make this a game like they did in Week 1, they’re going to need to throw NickStrong out of their rhythm and make them uncomfortable. Now that NickStrong has finally adapted to a much needed full bench, it should mean fresher legs and even more options to score.

All year it has been the Michael and Anthony Vessicchio show as they have been the leaders of the team all season. Michael Is averaging 21 points a game and Anthony is averaging nearly 18 points and hauling in 10 rebounds a game. They show up every week so expect them to be right in the mix again in the First Round of the Summer 18 Playoffs.

NickStrong is also playing with a purpose. This is more than just basketball for them. All year they have been playing for a loved one who could not make it, hence the name NickStrong. Win or lose they have played the game with everything in their hearts and thats all they can ask for.

“We play for more than wins and losses. We play for our brother, our cousin, our friend Nick Vessicchio, and he’s the hope that keeps us going,” NickStrong’s Ryan Boroski said.