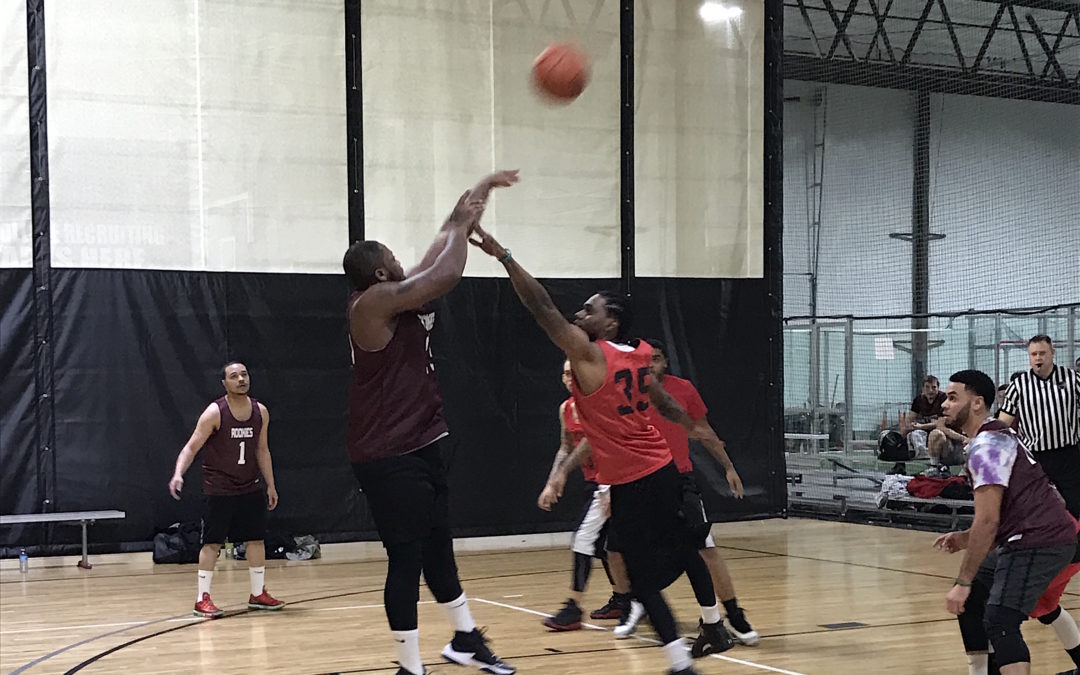 In a rematch from week three, the six and eleven-seeded teams will square off in the first round of the Legacy Leagues winter playoffs. Even though the teams finished with almost identical records in the regular season, it does not exactly mean that it will necessarily be a close game. In a game that features two All-Star players, this will definitely be a good game with a lot of highlight reel dunks.

Back in week three when these two teams played for the first time, The Rookies started off strong, but The Firm ended on a stronger note as they came from behind and ended up winning by 11 points. The Rookies showed that they can keep up with this powerhouse team. One problem: Markey DesRuisseaux, The Firm’s All-Star, was not present for that game, therefore his 19.2 points per game were missing as well. The Rookies will have to figure out a way to keep the game close when DesRuisseaux comes to play on Monday night.

While The Rookies have been carried by their team’s high-scorer and lone All-Star, Jhamal Jones, they have gotten help from a few others. Eric Singleton has proven to be a great defender, a good shooter, as well as an efficient ball handler. Jaylon Smalls has also proven to be an effective player for the Rookies, as he has the most rebounds and assists on the team. The Rookies will have to integrate all three of these players into the game early on, and will have to counter again if Jhamal Jones is face guarded, preventing him from being the player they need to survive and advance.

After winning their first match up against the Rookies, The Firm knows they have the ability to win again. The Firm has proven to be a strong team, and now that they have DesRuisseaux on the court they shouldn’t have to come from behind to win. While DesRuisseaux has the second-highest field goal percentage in the the league, the rest of the team will have to step up in the single-elimination tournament.

Larry Littles and Chris Martinez have proven to be great contributors for The Firm as well. Their ability to put up points and their defensive efforts have helped The Firm obtain the six-seed. Littles especially can be expected to step up his play when DesRuisseaux is on the bench.

The first time these two teams met, The Firm was able to pull off the win without one of their better players, making this one of the more interesting first round matchups this season. This game will come down to which team can lock in on defense, making it hardest for their opponent to score. Both teams protect the rim well, so how the Rookies defend the athleticism across the court could determine who advances.