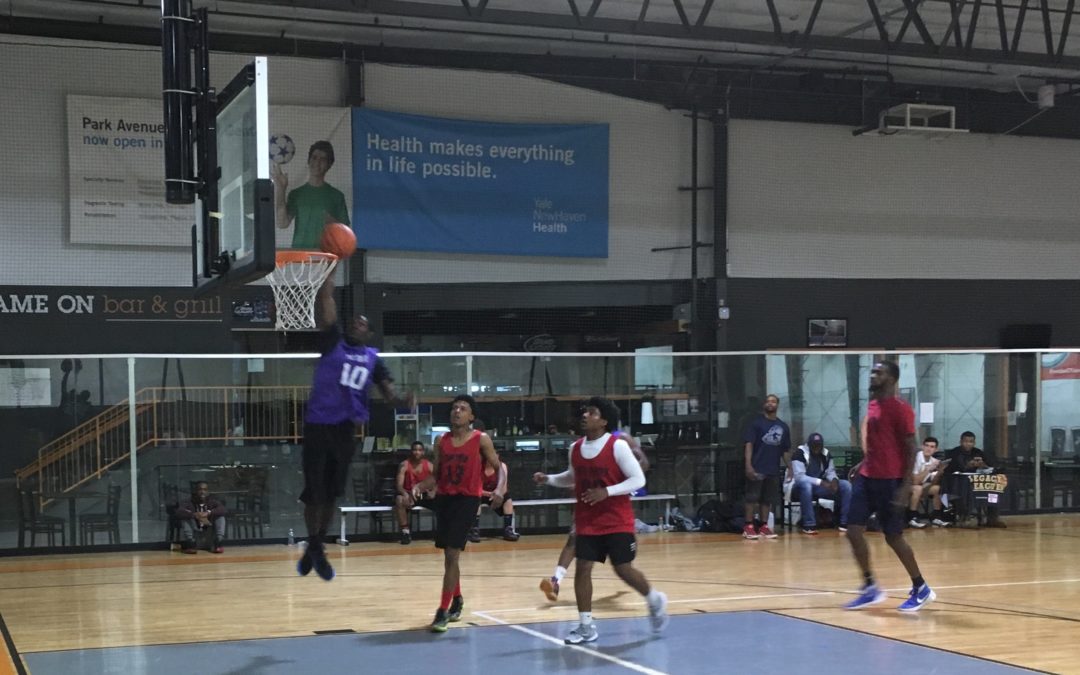 In what was an unbelievable game when these two linked up earlier in the season, the Bad Boyz finally get a chance to redeem themselves in the Second Round of the playoffs against The Throne. The Throne have been one of the biggest surprises this summer, finishing the regular season as the no. 4 ranked team in the official standings. After fighting for respect all season long, The Throne now take the big stage to showcase whether or not they can truly compete with the best of the best.

“We just have to attack the bucket,” The Throne’s Rob Dupree said. “That’s our biggest strength.”

A storyline to follow heading into this matchup is that Joe Baccielo is expected to make his much-anticipated return for The Throne to start the playoffs. In limited appearances, Baccielo has made the most of his minutes, leading the league with an average of 35.5 points per game.

Despite those statistics coming in only two games, you can still clearly tell that Baccielo has a nose for the basket. The Throne managed to defeat the Bad Boyz in Week 8 despite having no Baccielo, so you can expect them to be clear-cut favorites on paper, especially if he shows up on Monday night.

As for the Bad Boyz, they have had an up-and-down season struggling to find consistency down the stretch. One of the biggest hurdles for the Bad Boyz has been their inability to close out tight games. The Bad Boyz have suffered two defeats in two overtime games this season, one being against The Throne. With the playoffs now in full-swing, the Bad Boyz will need to be prepared to fight through adversity if it presents itself, an area where they have struggled at times throughout the season. .

“Once we get the hot hand, we’re unguardable,” the Bad Boyz’s Jaylon Eggleston said. “It doesn’t matter who we play, we’re going to kill (it).”

The Bad Boyz’s floor general, Jaylon Eggleston, will have a pivotal role to play in this one, functioning as the main ball distributor for his offense. Eggleston will need to limit the turnovers and push the pace in order for his teammates to thrive on Monday night. Getting Trevonte Blake involved often and early will be another key factor for the Bad Boyz to compete with The Throne this time around. Averaging 27.0 points per game, Blake has emerged as one of the leagues premier scoring threats.

The Throne will also need to be cautious at all times of where Destin Simmons is on the court. A Summer 17 All-Star, Simmons is one of the leagues most lethal shooters from beyond the arc. Shooting 46.8 percent from 3-point range (third in the league), Simmons hardly fails to convert on his open looks.

The Bad Boyz will really need to limit the second chance points against The Throne. The Throne lead the league in offensive rebounds (108), a testament to the walking double-double that is Stenson Jean-Baptiste. Jean-Baptiste and other members of The Throne like Rob Dupree, have really taken advantage of their immense size all season long, executing on many of their second-chance opportunities. Since size isn’t one of the Bad Boyz strengths, expect The Throne to capitalize on any of the extra-chances that come their way.