Playoff Preview: No. 6 The Throne vs No. 11 Blue Devils 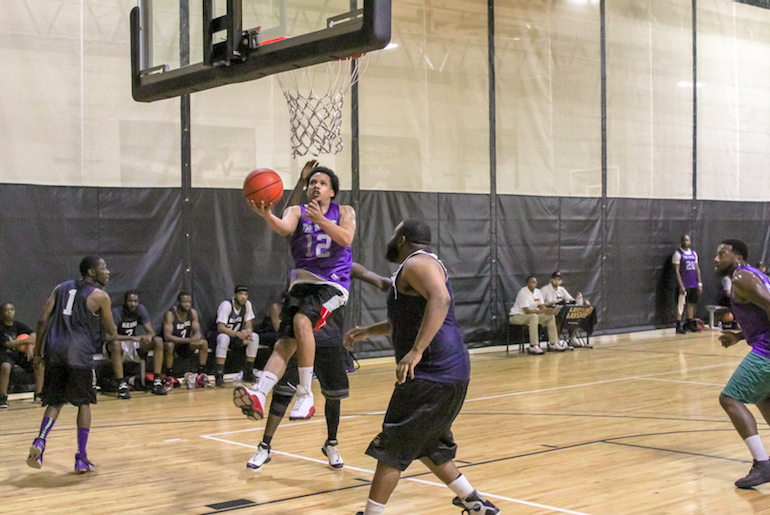 These two teams met earlier in the season, clashing in Week 3 which resulted in a victory for The Throne. The Blue Devils will look to get revenge against a very different Throne team than they saw all those weeks ago. The Throne’s leading scorer in that game was Russ Payton who shortly after suffered an ankle injury and has missed the rest of the season.

The Throne was in the debate for one of the best teams in the league early in the season. However, they closed the season losing three of their last four games and will need to do everything they can to bounce back strong in the playoffs.

“We just play hard, have fun,” The Throne’s Jason Hernandez said. “When you do that you’re gonna win.”

Erick Langston is a popular candidate to win Defensive Player of the Year and as the old saying goes, “defense wins Championships.” Langston averages 6.6 rebounds per game and 2.0 blocks per game. The Throne’s size and standout defensive performances are two of the biggest factors making them the easy favorites in this matchup.

The Throne has been a different team in the second half of the season compared to how dominant they were early. The big question will be can they regain that early season magic they had with Russ Payton and use it to cruise to the Quarterfinals.

The Blue Devils had a difficult season winning only two games. Their wins came against Above The Rim and Sportslook, which are not particularly impressive wins. Despite that, the Blue Devils showcased plenty of upside this season and could have a chance to upset The Throne.

The Blue Devils have been led by veteran scorer Matt Marconi all season, who scored his 1000th career point in Week 9. The Blue Devils can’t make any mistakes in this matchup if they want a chance of toppling The Throne.

“We had fun even when we lost,” Steve Echols said after the team’s first win. “But we were just mad, nobody likes losing.”

The Blue Devils have what it takes, as they have four players averaging over 10 points a game. However it’ll be an uphill battle against The Throne’s size and physicality. That said, the Blue Devils actually have more offensive rebounds on the season than The Throne (88-78), so don’t count them out when it comes to second-chance points.

The Blue Devils have shown some efficiency, such as players like Zacarri Graham who is shooting 56.3 percent from the field. The Throne will try and dominate this game physically and overpower the Blue Devils, but this may be a closer game than many think.