Playoff Preview: No. 7 Bucket Chasers vs No. 10 The Goodfellas 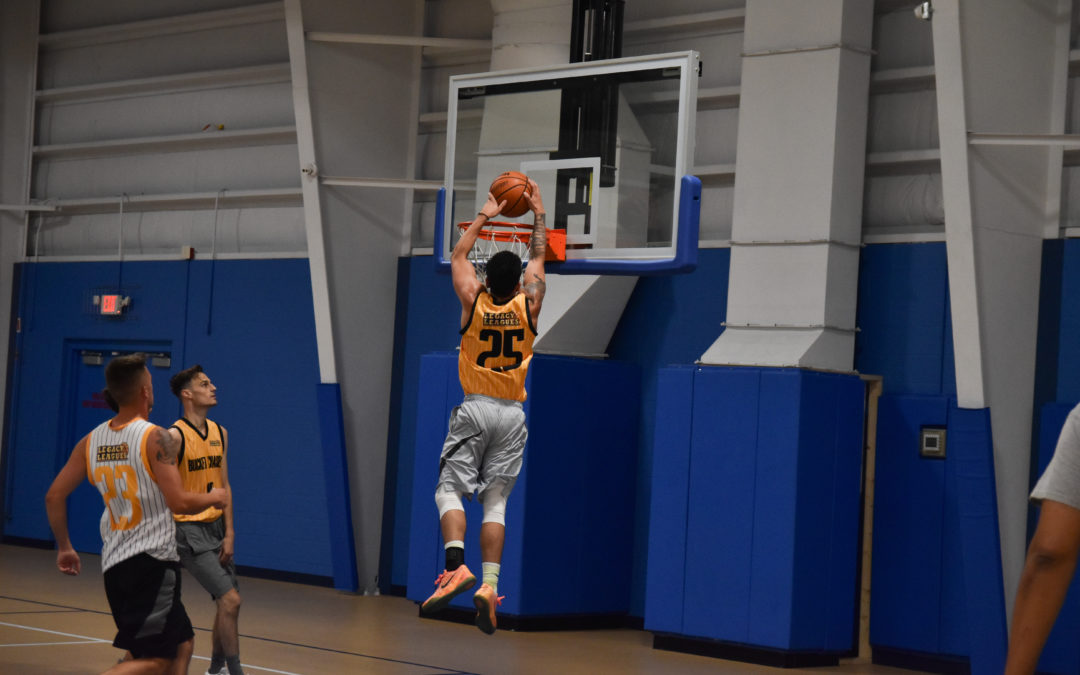 Yes, it’s finally here…playoff time! The best part of every season, and when the intensity really gets turned up to another level. This First Round matchup is between two teams that have had their ups and downs throughout the season, but now at the most important time of the year one team is red hot, and one is ice cold.

The Bucket Chasers have been on fire as of late, dispatching of their opponents in blowout fashion in all three of their wins during this winning streak. Winning their games by 38, 36, and 19 points respectively.

One of those wins came against their First Round opponent, where they took the game by the reigns in the second half and turned it into an embarrassing 36 point blowout. Kevin Figueiredo (30 points, 16 rebounds) and Sergio Dalomba (22 points and 8 rebounds) single-handily beating The Goodfellas on their own accord.

Since that game the Bucket Chasers have beaten the hottest team in the league, the Ozone Boys, by 38 points, and secured themselves a much more favorable playoff matchup than they were trending towards.

Kevin Figueiredo has been on a tear as of late, averaging 24.0 points and 11.0 rebounds over his last two games. He’s consistently been able to use his size and strength to bully the opposition inside on both ends of the floor. Sergio Dalomba has been a huge problem all season, on track to most likely making his second All-Star team in as many Legacy Leagues seasons, scoring 21.8 points a game and grabbing 7.5 boards.

The Goodfellas have been going the other way down the most important stretch of games of the season, losers of three-straight games by scores of 44, 36, and six points. Their defensive effort has been there on most game nights, but it’s their lack of offensive efficiency that often times holds them back.

The Goodfellas score a measly 57.7 points a game, and shoot 35.9 percent from the field as a team, both of those are in the bottom two in the league. Thankfully The Goodfellas often play strong on the defensive end only allowing 68.5 points a game, but it’s only so helpful thanks to their offensive deficiencies.

There will be some intriguing one-on-one matchups that come about the entire game. Kevin Figueiredo will be a problem down in the low post, unless someone steps up and has a great defensive effort against him. The matchup that really sticks out is the one between Sergio Dalomba and Joulien Martinelli, who more likely than not will be guarding each other. Dalomba is a much better scorer, but Martinelli is one of the better defenders in the league.

The Bucket Chasers are also very dangerous due to their elite depth off the bench. They have Chris Manfredo, Stephen Manfredo, Jimmy Suon, and Mike Moran that are all contributors night in and night out as very good role players. Henrique Goncalves plays a great point guard as one of the leading assist men in the league getting the ball to his playmakers.

The Goodfellas don’t have the same luxury of a strong bench, and will need guys to step up if they’re going to be able to match the Bucket Chasers point for point. This will be especially difficult with leading scorer MJ Notarianni’s 14.9 points per game absent. Players such as Matthew Sweeney and Steven Piscopiello will need to step up and help carry some of that scoring load.