Playoff Preview: No. 7 Nothing Easy vs No. 10 J’s Treys & Fadeaways 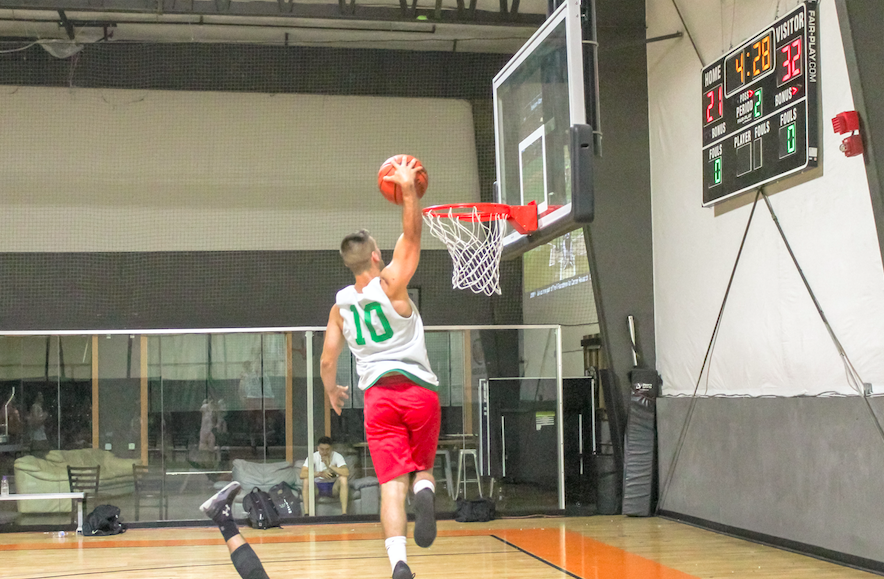 Run TMC, The Throne, and Shocker City defeated both Nothing Easy and J’s in their games against them. However, both squads managed to stay towards the middle of the pack and will face off in an anticipated matchup on Monday night.

Headlining this playoff contest is the absence of Mike Slattery for Nothing Easy, and Eddie Giovannini  of J’s Treys & Fadeaways. Both of these plays are catalysts for their clubs and without both players, the game is certainly up for grabs. Slattery led Nothing Easy in points per game and field goal percentage, as his presence will certainly be missed.

Eddie Giovannini has also had a very nice season, and has been a standout player for J’s. Giovannini does it all for J’s as he leads the squad in rebounds and assists. He he also averaging 12.4 points per game which is second on the team only behind Joe Nemchek, who is third in the league in scoring. It will certainly be interesting to see how the two teams fair, each without one of their top players.

With the absence of Slattery and Giovannini, the two young teams are going to have to rely on others to step up. For Nothing Easy, there are many players that are capable of doing so. Brian Lily and Joe Capodagli have been key members this season. Lily comes into the playoffs averaging 17 points per game as Capodagli is averaging 12.

Nothing Easy has been playing hard and hustling and it has payed off for them. They look sharp defensively and are top four in both blocks and steals. If Nothing Easy can continue playing well on the defensive side of the ball it could spell trouble for upcoming opponents.

On the other hand, J’s Treys & Fadeaways have relied heavily on the tandem of Nemchek and Giovannini. Without Eddie Giovannini playing Monday night, Joe Nemchek will have a lot on his plate against a strong defensive team like Nothing Easy.

Guys like Steven Parravano and Justyn Schueler will have to give the team valuable minutes if J’s want to pull off the First Round upset. For the J’s, the key is to treat this just like any other game.

“Every game we’re just trying to get a little bit better to be ready for the postseason” J’s, Treys & Fadeaways’ Eddie Giovannini said.