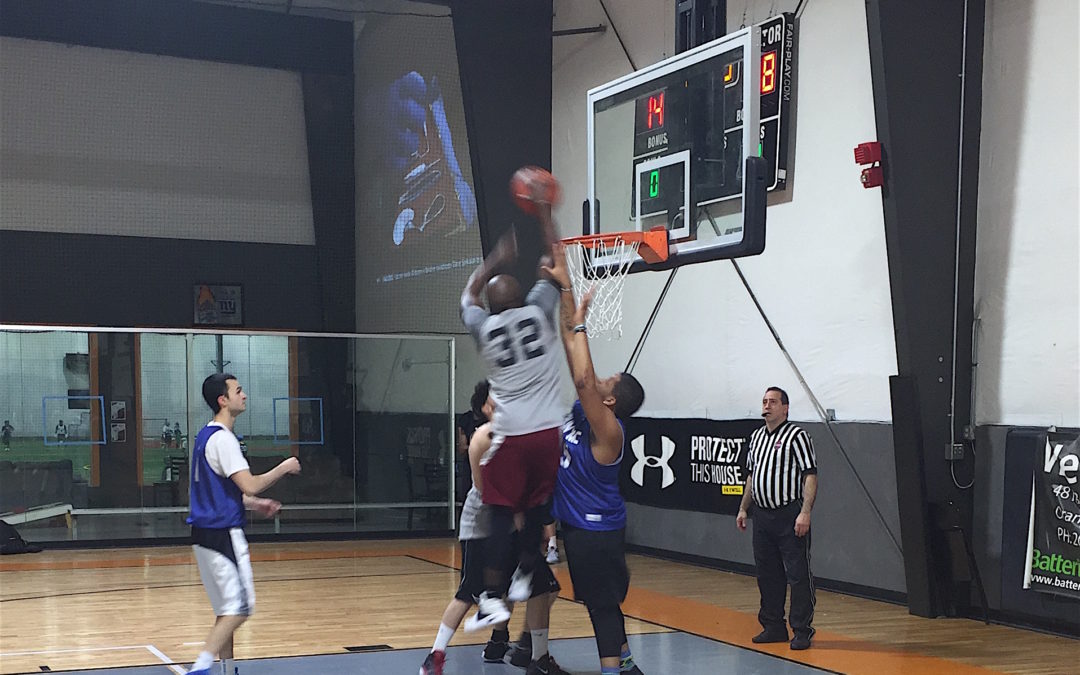 In another early season rematch, and perhaps the most surprising double-digit seed in the playoffs, Goon Squad looks for vengeance against the reeling Run TMC squad in the Winter 17 Legacy Leagues playoffs first round. Goon Squad came into the season with heavy expectations because of their improved roster. They kept star Matt Marconi, and added talent and depth on the inside. Run TMC, on the flip-side, came in with lesser expectations with the loss of Reggie Stewart, but had a strong start to the season led by re-acquired Will Hudson.

Goon Squad has even more incentive than normal in a playoff game, with the revenge factor on the table, having dropped their week 3 matchup to Run TMC in blowout fashion. The loss was in part due to poor defense and Marconi having an off night. The defense couldn’t stop the inside-outside duo of Matt Zocco and Will Hudson, who combined for 50 of their 70 points; while Marconi had only 15 points.

In addition to the offensive race this game could take on with the battle of “big three’s,” they may all matchup with one another on the defensive end. Star-to-star on both offense and defense could make this game even more heated than a normal playoff game with their seasons on the line.

Despite the high level of star power on both sides, role players will need to step up for their team to survive and advance.

For Run TMC, Blake and Hudson are going to need the paint freed up for post-ups and slashing to the basket. This can be provided by sharp shooting from beyond the arc. Matt Zocco can provide that, but if Goon Squad runs him off the line, his brother Joey Zocco will need to be ready to shoot off of dribble-kick outs to help the cause.

“[We just have to] box out and play defense,” Hudson said. “We preach it every day. Then we can get out and run.”

Goon Squad will need to be strong on the inside to take down Run TMC. New addition DJ Ellis will need to keep Hudson and Blake off the offensive glass and be an interior defensive presence to intimidate drives to the rim. Goon Squad as a team will also need to be committed to getting back on defense to stop the high pressure transition game of Run TMC.

“We [need] to focus on team defense; defense leads to offense.” Massaro said.

This matchup should be closely contested from start to finish and one of the more even games of the first round, between two evenly matched teams on paper, neither of whom thought they’d be seeing each other in the first round before the season started.