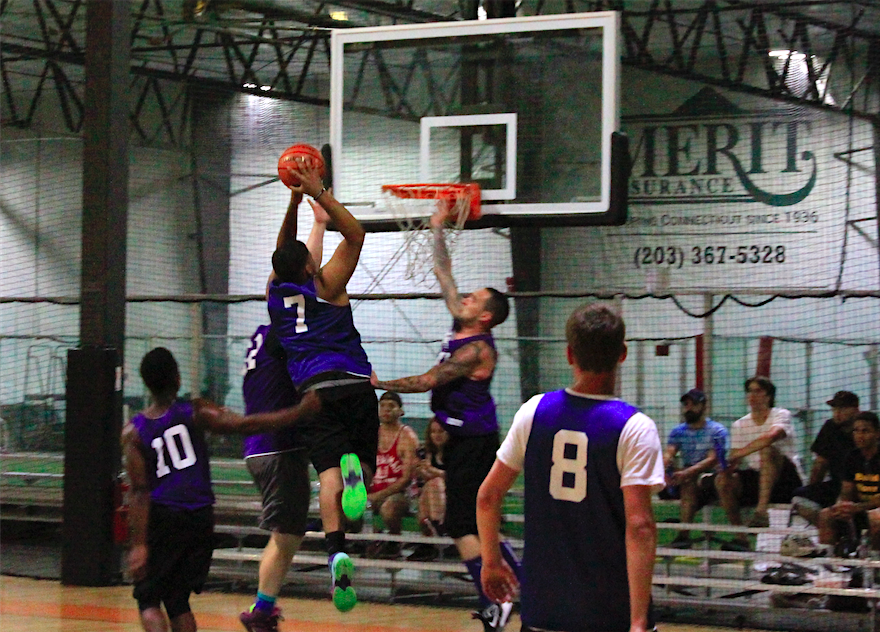 The No. 7-seed Run TMC will face off against the No. 10-seed The Hateful 8 in the first round of the playoffs Tuesday night at 8 p.m.

The Hateful 8 knew going into the final week of the regular season they would be the last seed heading into the playoffs. Their inability to score led to an unimpressive 0-9 record, averaging just 42.1 points per game while allowing a hefty 87.1.

“Something that we’ve noticed especially with the games we’ve scored 60 plus is we play for ourselves,”  Joshua DeLahoz said after their Week 9 loss to The Pandas. “We play to have fun and the last couple of games we’ve been out of our groove.”

Unlike The Hateful 8, Run TMC was playing for something in their Week 9 matchup. They defeated The Land to clinch the No. 7-seed, avoiding the dreaded No. 8-seed that has a potential quarterfinals matchup with the No. 1-seeded Brotherhood.

“If we can play anyone pretty much but [The Brotherhood] and meet them in the finals, that’d be ideal,” Kyle Murphy of Run TMC said.

It’s been an up-and-down season for Run TMC with a couple of small losing streaks in between their wins. Shaq Holman dominated for Run TMC in the early part of the season before Will Hudson appeared to take over in the final stretch. Of Run TMC’s four wins, three of them have come against the No. 8, No. 9 and No. 10 seeds. But Joey Zocco believes his team is ready for a playoff run.

“If I can hit some shots, that’d be nice,” Zocco said after their Week 9 win. “I think Will [Hudson] can have his way and if we get one game of Shaq [Holman] being Shaq, I think we’ll be alright.”

Run TMC and The Hateful 8 met back in Week 5, where Run TMC’s Rob Koripsky scored 35 points in the 115-67 win. No Run TMC player scored less than 12 points. The Hateful 8 was led by Steven Petrahai’s 28 points and 7 rebounds in what was the team’s first game scoring more than 60 points.

The key for The Hateful 8 to win the rematch is to come out strong. The Hateful 8 may not be able to win this game in the first 10 minutes, but they can surely lose it. Back in Week 5, Run TMC outscored The Hateful 8 35-11 in the first quarter. If The Hateful 8 has a shot of upsetting Run TMC, they must forget about their disappointing regular season and come out fighting from the opening tipoff.

Run TMC knows they can beat The Hateful 8, but in a single-elimination tournament, they should not take anyone lightly even if they beat them in the regular season. The key for them is to spread the ball like they did in Week 5. If Run TMC can get everyone in double-figures like they did in their previous matchup with The Hateful 8, their entire roster will have confidence heading into a quarterfinals matchup with the No. 2-seed Blood, Sweat and Beers who they would have to play, pending a win, later that same night.