Playoff Preview: No. 7 Sensual Chocolate vs No. 10 Goon Squad 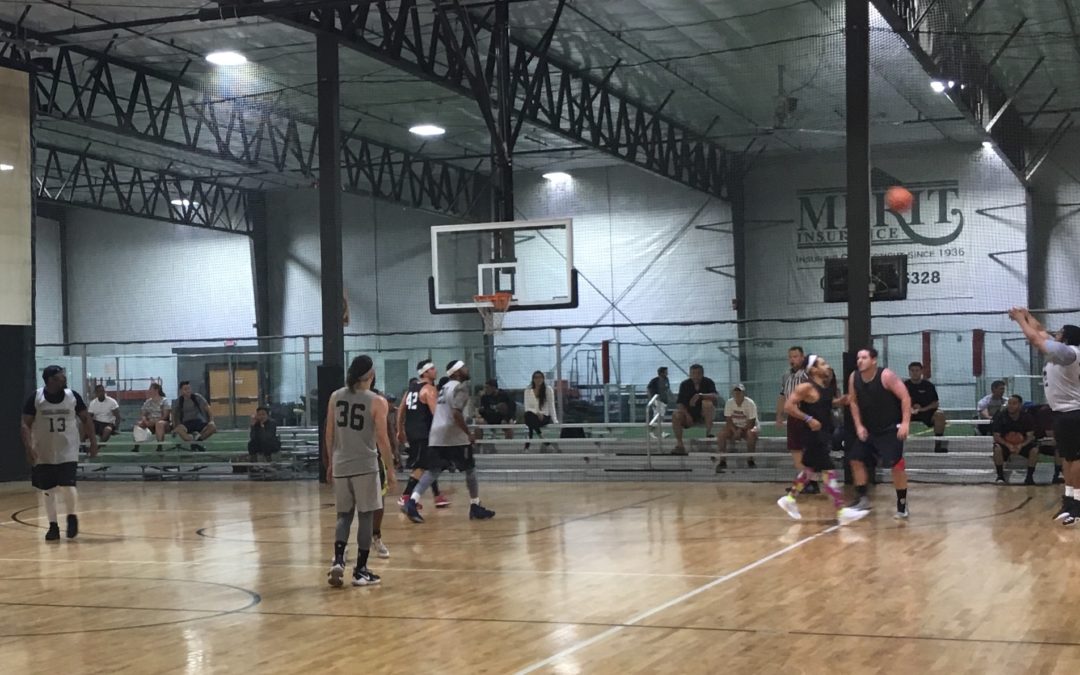 Goon Squad gets a tough break in their first postseason game as they face a Sensual Chocolate team that has fired off seven wins in a row before coming within one possession of taking down The Monstars, and is only the No. 7-seed due to back-to-back losses to start the season, one of them being a close loss to The Brotherhood in the game’s final seconds. Clearly, Sensual Chocolate is one of the middle-of-the-pack teams that can make a deep run in this year’s tournament.

However, Goon Squad will be no cakewalk, despite their sub .500 record. Rarely have they enjoyed a game this season in which their entire squad was present, and have played multiple games with no bench. Sensual Chocolate has had their own problems this season with being shorthanded, but have always had their top guns like Carmine Santorelli to lead them on what was the longest winning streak in the league by a team that did not finish the season undefeated.

Santorelli, to nobody’s surprise, has been the key to Sensual Chocolate’s surge. A strong contender for Offensive Player of the Year and MVP, Santorelli enters the playoffs averaging over 27 points per game while grabbing over six rebounds and almost five assists per game. He has been the complete package and maybe the best one-on-one scorer in the league. Simply put, Goon Squad guard Brandon Massaro is going to have to play phenomenal defense in order to limit Santorelli’s damage, which will have to be done if Goon Squad is to pull off the upset.

When these two teams met back in Week 6, Massaro and Goon Squad were unable to slow down Santorelli, and that’s putting it kindly. Santorelli erupted for 41 points while shooting 50 percent from downtown and grabbing seven rebounds. He also was an animal on the defensive side, grabbing six steals and helping force 10 Goon Squad turnovers. Santorelli is one of the fastest players in the league on the dribble and goes coast-to-coast in a flash, so turnovers are a recipe for disaster for Goon Squad that will almost always result in points the other way if Santorelli gets his hands on the ball after a steal.

Goon Squad certainly isn’t defenseless, even against a bonafide scorer like Santorelli. Matt Marconi likely won’t be squaring up with Santorelli on the perimeter, but he is more than capable of locking things down in the paint as he has done all season with the help of DJ Ellis. The duo combined to contain All-Star Will Hudson against Run TMC in their last game, which resulted in a big win. Ellis was huge in that game, but only grabbed one rebound against Sensual Chocolate in Week 6 while Sensual Chocolate forward Troy Brunson went off for 27 points. Ellis and Marconi will have to stand tall down low against Brunson and be prepared to step up and help out on defense should Santorelli blow past Massaro.

Despite both teams being shorthanded for much of the season, their matchup in Week 6 saw both teams at almost full strength, but Sensual Chocolate was without one of their leading scorers in Aaron Samuel. Clearly, Goon Squad will have to do a better job on the boards and do the best they can to contain Santorelli. Marconi certainly did his part on the offensive end in their last meeting, scoring 26 points on 10-of-16 shooting. Marconi was one of four Goon Squad players to finish in double figures, but were unable to get the stops on defense to pull off a win. They will need balance again against Sensual Chocolate, which has been tough to come by considering their lack of depth in multiple games this season. Still, Goon Squad knows they are a force to be reckoned with when they have all their weapons at their disposal.

“When we have everybody, we can run with the best of them,” Ellis said. “No question in my mind.”

Goon Squad has the makeup to take down top teams, as they fought The Brotherhood to the final seconds just like Sensual Chocolate did in their season opener. Marconi is a player who can take over on the offensive end and is almost automatic in the paint. As we saw in their game against Run TMC, they can also catch fire from beyond the arc. They will have to have that working if they are to beat a Sensual Chocolate team that not only had The Brotherhood on the ropes in Week 1, but also had The Monstars on the ropes in the regular season finale. If they can compete with those two powerhouses, then they are more than capable of taking those teams down with revenge on their minds, as long as they can get past Goon Squad first.