Playoff Preview: No. 8 Cereal Killers vs No. 9 Titans 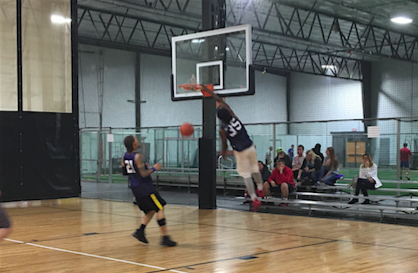 As the playoffs begin for the Legacy Leagues Fall 2016 season, regular season performance is now in the rear view. For our eighth-seeded Cereal Killers and the ninth-seeded teams Titans, this season has had its share of ups and downs. After coming into their inaugural season ranked second in our power rankings, the Cereal Killers faltered, suffering a four-game losing streak during the middle of the season.

The Cereal Killers send one player to the All Star game in Adam Samuel. Will Hudson and Tyrhon Coward have been able to provide extra scoring and a presence on the boards. The Cereal Killers offer a lot of size and big bodies down low in Mike Masciola and Andy Burke. While this team has seen its share of poor shooting performances, they will come into this match up with a distinct size advantage.

The Titans have shown more resolve than most new teams this season. Despite losses in their first five contests, the Titans would finish the season on a hot streak, winning three of their last four. Steven Echols has served as a spark plug for this team, running out in transition and serving as the top scoring option. Additionally his ferocity on the defensive end has him atop the league’s best in steals.

The Titans have finally gelled as a unit and learned to play as one. This team began the year with most of the players having never met before. Once the chemistry was established their quality of play trended upward. Sharpshooters Jack Champagne (a participant in this year’s 3-point contest) and Greg Horne have been able to effectively stretch the floor for the Titans, making defense difficult for opposing teams.

While they have been playing better basketball, the Titans will have to play a couple steps above their typical level of play if they wish to beat the Cereal Killers. As a team, the Titans are the worst rebounding team, and in the bottom three of points scored. While the numbers may be skewed from their slow start, it is certainly concerning for this young Titans squad.

The season-high in points for the Titans in any given game was 63 points. The Cereal Killers are coming off a win in week nine where they scored 117 points. While the Cereal Killers have not shown the consistency to score that much from game to game, it should be incredibly concerning if you’re the Titans since scoring even into the 60’s is a rarity.

While I believe the Titans deserve praise for their resolve and commitment to getting better every week, all of the numbers point to a tough draw in the first round for the nine-seeded Titans.