Playoff Preview: No. 8 Island Time vs No. 9 Duje’s Boys 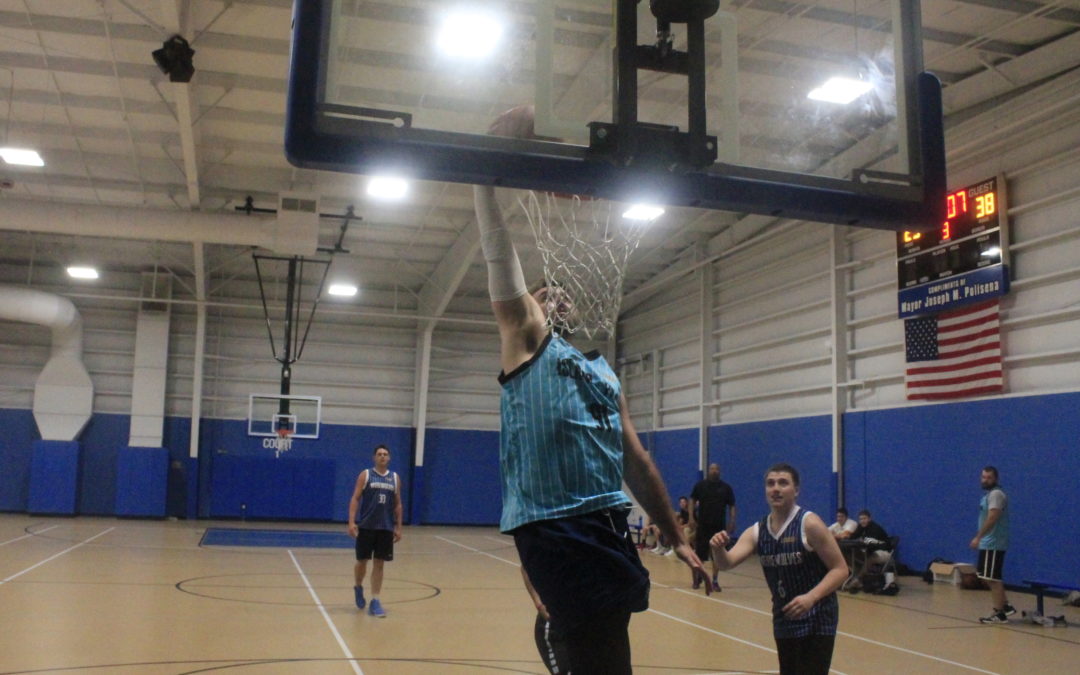 In the battle of the eighth and ninth seeds, Island Time faces the Duje’s Boys. The Dujes Boys, a surprising no. 9-seed despite certain talent from the tandem of John Coutu and Zach Tartaglia, look to catch fire.

With a fast style of play, the Duje’s Boys could very well push the tempo on a slower-paced Island Time team. Island Time has had some difficult games this year where they just seemed out of sync and without their key players all together.

As the season went on, their offense began to click. They have size with Jeff Winchell and relentless grit with Dexter Loux that could give them an advantage in the paint. Kendall Gillians gives Island Time bursts of energy that leads to good movement, defense and quick scoring. Without his athleticism, the team focuses on a slower half paced offense led by Mike Wilbur.

If the Duje’s Boys can control the tempo and limit turnovers, they can get back to looking like one of the top four teams in the league. Shaine Patrick, whose voice effects the game as much as his play does, can energize his team and give the Duje’s Boys unquestionable confidence and momentum.

Top five in both steals and blocks, the Duje’s Boys defense is what will drive them to victory in this First Round matchup. Island Time is riding a four-game winning streak, while the Duje’s Boys have cooled off toward the end of the season. The winner of this matchup advances to take on the top-seeded Boom-Shakalaka.