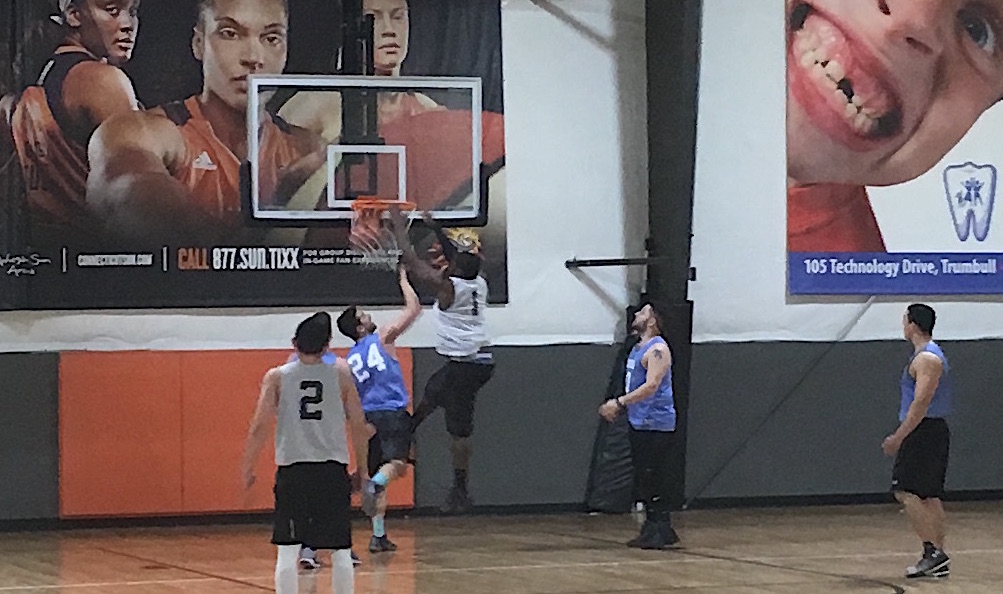 In a rematch of the Week 10 matchup that saw a depleted Renegades team lose to Lob 203, 71-60, both teams have a lot to prove in the playoffs after two uniquely different seasons. Lob 203 has not lost since its Week 6 70-67 loss to the Monstars, and will look to its perennial scorers to lead the way. The Renegades will look to its star, Ty Reed, and the hopeful return of shot blocker Davin Sirpenski to guide the team to victory, while Lob 203 should continue to rely on the consistent play from Andrew Martino and Paul Mirmina.

In Lob 203’s four game win streak, it has seen breakout performances from Cody Dileonardo, who finished with 23 points and 11 rebounds in their week 8 win over Run TMC. Winter 17 All-Star Andrew Martino will be the focus for the Renegades’ scouting report, however they shouldn’t underestimate the versatility of Paul Mirmina. Lob 203 has also seen a rise in John Brolet‘s playmaking ability that will likely be put to the test against the Renegade’s (literally big) Big 3 of Sirpenski, Howard, and Reed.

“We’re as comfortable as anybody. We faced the hardest five teams in the first five games and hung in there,” Andrew Sampietro of Lob 203 said. “Three of them were losses by a couple points, so we’re just trying to be on the winning end of those games.”

As for the Renegades, they have been struggling since Davin Sirpenski has been out due to a back injury. While Sirpenski has sat out the past two games, Zeek Howard has had two breakout performances, including a 20 point and 14 rebound showing in week 10. If Sirpenski can return and be healthy, Lob 203 will have to plan around his interior shot-blocking ability in the paint.

This matchup will ultimately come down to which set of big men can dominate: Brolet and Dileonardo vs Howard and Reed. The Renegades could have a huge problem guarding the slashing guards in Martino and Mirmina, however, they should have the advantage in the paint.

After the 11-point week 10 loss, the Renegades will be hungry as ever to get revenge. Lob 203 squad will be looking to make it five-straight wins, including two-straight against their West Haven rivals.