Playoff Preview: No. 8 Sportslook vs No. 9 Dinner’s Served 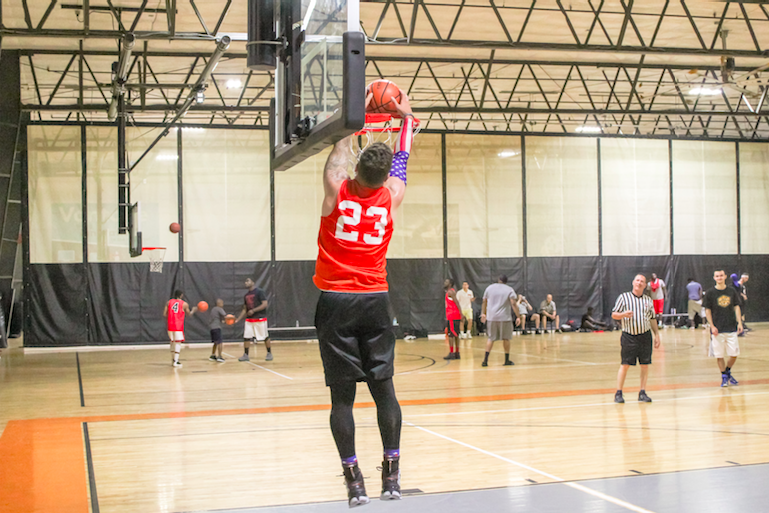 This is the first meeting between the two teams this season. Both finished with a (3-6) record and it’s evident that inconsistency has been the common theme here. Sportslook’s biggest issue has been their roster depth. They’ve lost all but one game when there’s only four players playing.

However, in the two games where at least six players played, they won. In addition, Tyrell Holmes who is arguably the best player on the team missed a majority of the season which did not help either. Somehow, the team still managed to finish in the middle of the pack as the no. 8 ranked team in the official standings.

“Our record doesn’t really dictate how we play,” Holmes said. “Our best effort is when all of our guys are here, and we end up coming out on top. So like every other team, we’re looking to just go in there [playoffs] and dominate.”

Without a doubt, it’ll be easier said than done. Sportslook will need most of their roster available for the post season if they want any success, or at least four of their best players. In their final game of the season they won by 40 points against Above the Rim with only four players.

Tyrell Holmes, John Zervos and Dan Kokkoros all scored over 22 points. It just goes to show that they are capable of winning with no depth, but in the postseason it might not be the best strategy.

At one point during the season, Sportslook was ranked no. 6 in the weekly power rankings. They showed potential to be a top team in the league with their talent, it’s just a matter of who will show up. Tyrell Holmes will have to be the difference maker in their First Round matchup.

Dinners Served, on the other hand, struggled during most of the season. Even though they won three games, they came against three teams who are currently at the bottom of the standings. Regardless, they are also capable of winning if everyone can hit their shots, as they’re not short on talent either. Their strategy for the postseason?

“Get as many dubs as possible and make sure we can win the championship,” Nick Stauber said.

Matt Terrasi and Kyle Coniglio are without question the best two players on the roster. Both averaging just over 19 points per game and shooting just over 45 percent from the field, they give Dinners Served a chance against any team. Also, If they can get it going from three, then the entire team is capable of knocking down at least one. Dinners Served needs to be able to space the floor and actively defend, which is another problem for them.

This is a team that usually plays with at least six players, therefore they may have the slight advantage over Sportslook if they do in fact only have four players present in the First Round. Sportslook can sometimes get into their opponents’ head with their trash talk to the point where it may throw their opponents’ game off. Dinners Served has to be mindful of this and play their own game so that they can get the upset win and move on to the Quarterfinals of the playoffs.