Playoff Preview: No. 8 STP vs No. 9 Sportslook 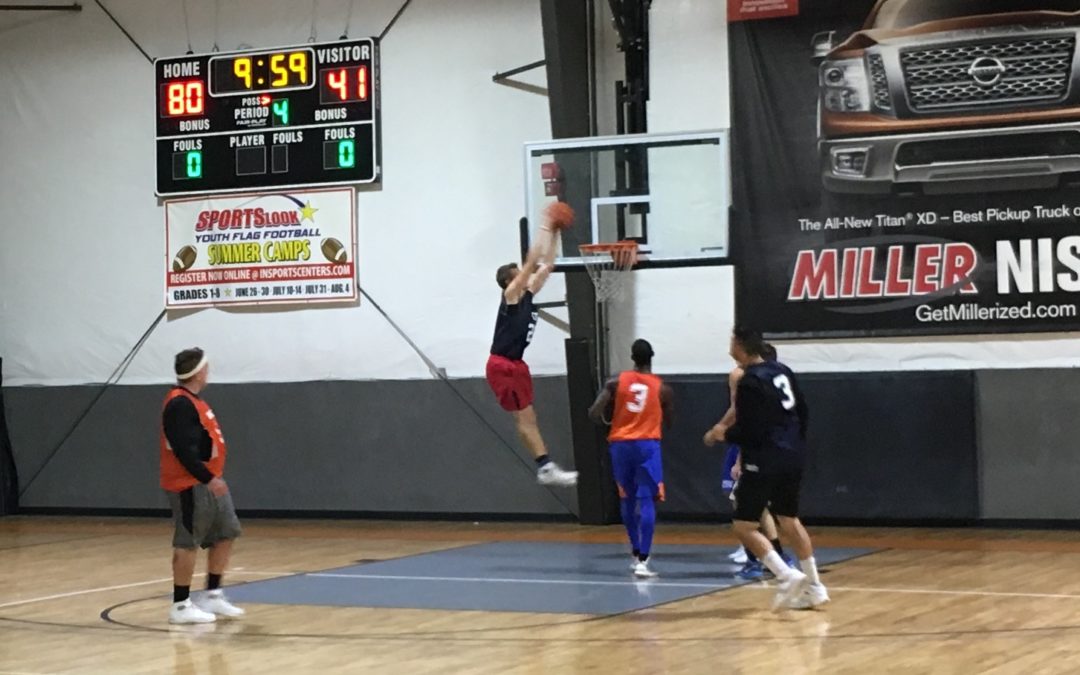 In a highly-anticipated rematch from Week 9, Sportslook will get a chance at seeking vengeance against an STP lineup that took advantage of them last Monday night. Do not let the score fool you, this game has the potential to be a highly contested matchup right up to the final horn.

Sportslook heads into the playoffs with a serious chip on their shoulder. In the first duel between these two teams, Sportslook showed up only 4-deep, matched up against an STP lineup that flaunts one of the deepest benches in the league.

After Sportslook’s catalyst, Bryan Acevedo, was forced to exit the game due to technical fouls, STP showed no mercy and continued to pummel Sportslook in a 4-on-3 blowout. With the bitter taste of defeat still fresh in their mouths, we’ll see how Sportslook responds when they show up with what we expect to be their complete lineup for the Summer 17 Playoffs. Don’t under-estimate the revenge factor in this one.

“We want to play our game, which is fast and hard defense,” Sportslook’s Nick Bacarella said.

This game sports a marquee-matchup between forwards Dan Kokkoros (Sportslook) and Mike Slattery (STP). Slattery has had a breakout rookie season for STP, emerging as the teams leading scorer to go along with being a selection in the Summer 17 All-Star Game.

Slattery really hit his stride during STP’s winning streak, showing his versatility as a two-way player. Mainly functioning in the low-block, Sportslook will have their hands full down low if they want to contain Slattery in this one. Expect Sportslook’s Dan Kokkoros to be a pivotal force on the defensive end, while functioning as a stretch-big for the offense.

Bryan Acevedo has always been the consistent go-to-guy for Sportslook, but it’s been the outstanding play of Kokkoros that has really elevated Sportslook’s offense this season. Averaging 17.8 points per game, Kokkoros has taken a lot of the defensive pressure off the shoulders of his other guys. We’ll see which team sets the tone on the offensive end.

“We want to focus on going inside instead of settling for threes,” STP’s John Dellalana said.

The pace of this game will largely depend on who dominates in the rebounding department. STP finished the season as the much stronger rebounding team, pulling in 126 more total rebounds than Sportslook did. Another department where Slattery’s impact is felt, as he averages eight rebounds per game. STP’s key player in the back-court, Mike Zazuri, has found success all season when attacking in transition.

“We want the league to start respecting us and stop doubting us,” Dellalana continued. “We want to watch the pre-game and see them picking us.”

It’s very hard to say who’s the favorite in this one, which makes it an increasingly appealing game from a spectator’s standpoint. These two teams are ranked closely in terms of seeding, and the first matchup revealed essentially nothing about either opponent. Besides it being the playoffs, both teams have something to play for: STP is playing for respect, while Sportslook is playing for revenge.