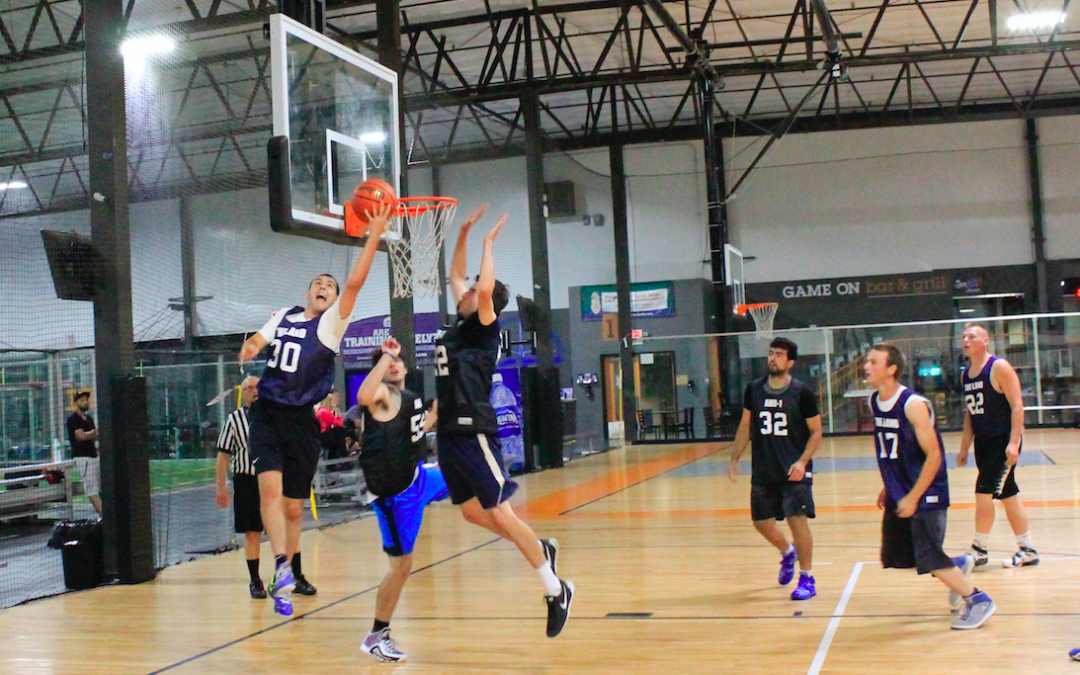 The No. 8-seed The Land will square off with No. 9-seed And-1 in the first round of the playoffs Tuesday night at 8 p.m.

The Land played in an important matchup with Run TMC last week, with the losing team knowing they would fall to the No. 8 seed. Avoiding this seed meant avoiding the undefeated Brotherhood in the second round of the playoffs. With the stakes high, The Land fell short, 84-69.

The playoffs are single-elimination meaning the stakes remain high from here on out. It’s been mentioned many times that avoiding the No. 8-seed means avoiding The Brotherhood in the second round, but let’s not forget about And-1. They came into Week 9 just 1-7 on the year, but with absolutely nothing to play for other than a morale boost, And-1 stunned Wake and Blake behind Jake Miko’s 33 points.

After the game, Miko talked about the team’s win heading into the playoffs.

“It’s a confidence boost, but we just have to stay humble,” Miko said. “We’re not, obviously, that great of a team. We’re at the bottom but we’ll try to make some noise in the playoffs.”

Miko made a lot of noise last week after splashing nine 3-pointers, upping his total to a league-leading 29 3-pointers made on the season. If he gets into another 3-point rhythm against The Land, And-1 could pull off the upset. Miko might also have some extra support in the stands Tuesday night. Fans took their dissatisfaction to Facebook after Miko was not selected to the Legacy Leagues All-Star Game, while his teammate, Aaron Smith, was selected as And-1’s representative.

In their Week 5 matchup, The Land topped And-1, 71-62. Brett Cody, without his brother present, led the way with 27 points, 9 rebounds and 4 assists. Although Mike Cody did not play, The Land’s four other players all scored in double figures. Week 5 was Aaron Smith’s Legacy Leagues debut for And-1, scoring 22 points while also recording 5 rebounds, 3 blocks and 3 steals. Miko scored 15 points on just 3-of-13 shooting from behind the arc.

The key for And-1 to pull off the upset is to get into a rhythm in the first half. In their Week 5 matchup, The Land was up 12 points at halftime. And-1 was unable to crawl back from that deficit despite outscoring The Land 20-14 in the final quarter. If And-1 can get Jake Miko going early, that will open up the lane for Smith to get to the rim. If Miko isn’t shooting well, And-1 becomes one dimensional and The Land can clog up the middle to stop Smith from getting easy points at the rim.

Rumors have circulated that BOTH Cody brothers will be absent for Tuesday night. With Alec Ward injured, that leaves just The Land’s role players to get the job done. This means Anthony Herman, Zach Piroh, Andrew Och and the Gage brothers will have to come together defensively. The key for The Land is to contain Aaron Smith. They could possibly try double-teaming him early to stop him from getting into a groove. They also need to watch out for Miko. If The Land allows him to make five 3-pointers, they should call it quits.

Those words will be put to the test Tuesday night at 8 p.m. at Insports in Trumbull.