Semifinal Preview: No. 1 Boom-Shakalaka vs No. 4 Werewolves 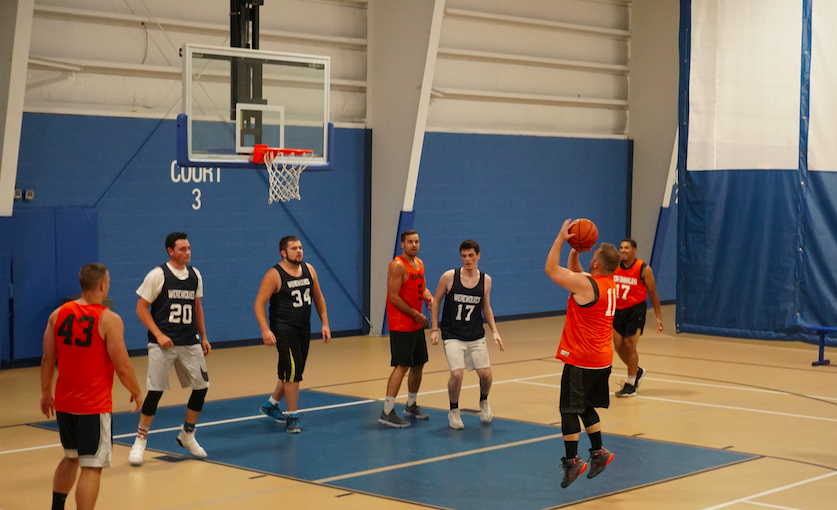 Boom-Shakalaka has been very dominant all season with their lone loss coming to their toughest competition in Lob City, whom they also beat in their second matchup of the season very convincingly. They have struggled against the defending champs in past seasons, as many teams have, but may have what it takes to take them down in the playoffs if they can get past the Werewolves.

As for the Werewolves, they are coming off of a gritty 2OT win against the Bucket Chasers. Brian Heston was his normal self carrying the Werewolves with 32 points and 13 rebounds. They struggled tremendously on offense however, only finishing with 61 points. It would be their defense that helped them secure the big win.

“We had 40 points midway through the fourth, we just kind’ve grinded it out, got stops, got buckets… It was an unreal game.” said Heston.

While Nate Stichell has been tremendous all season long, it has been the supporting cast of the team that has helped take them to the next level. They nearly have five players who average double-digit points, which includes four of them averaging at least 15 points. Perhaps nobody has stepped up more then guard Marc Belleville. He is averaging 18 points per game on 55 percent shooting to go along with 8.6 rebounds per game.

“We’re like the Warriors out here, with two full lineups.” said Brandon Sullivan

Their depth certainly gives them a huge advantage heading into their matchup against the Werewolves. However, the Werewolves do have depth just not as much offensive ability as Boom has coming off of the bench. The Werewolves have to score the ball at a much higher rate while providing quality stops on defense if they want any chance of pulling off the upset.

The Werewolves must also avoid a slow start which they had in their first matchup against Boom earlier this season. They faced a 20-point deficit early on in the game. Boom can put up points in a hurry so it makes it nearly impossible to pull out a win by spotting them 20 points so early in the game.

Boom knows they will have to lock in on Heston if they’re going to get to the Finals. They go as he goes, so if you can slow him down, chances are they’ll be able to pull it out and return to their third straight Finals against the winner of Lob City and Halfway Crooks.