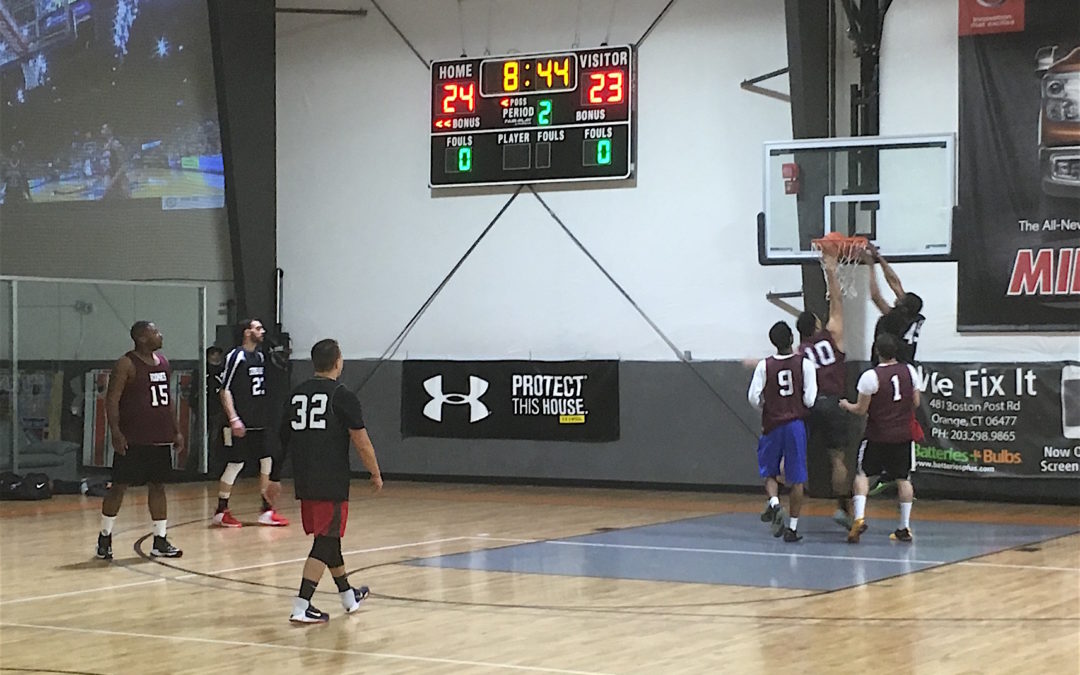 In a closer contested game than expected, the Cereal Killers, helped by a second half defensive adjustment, defeated The Rookies 81-73.

“It’s organic, we kind of just go with it [pressing]” the Cereal Killers’ Tyrhon Coward said. “If we see that they have people that can’t handle the ball, we trap one guy that can’t handle it and it forces them to make bad decisions.”

The Cereal Killers really capitalized on those bad decisions with seven steals for the game, leading to a few highlight plays in transition. However, it was not only turnovers that they forced. Bad shots and shot selection began to spread like wildfire throughout The Rookies’ squad as they played right into the Cereal Killers’ hands at times.

In addition to the pressure defense, the Cereal Killers poured it on offensively with a very balanced attack as all nine players scored.  Coward and Mike Davis led the way with 15 points each, while Davon Pratt had seven points and eight boards in his return to the court.

Despite the loss, The Rookies showed that their two game winning streak was no fluke, as they hung in tough with the undefeated Cereal Killers.

“We didn’t check the scouting report and that’s our fault,” Coward said. “They have some good players, so if you’re playing The Rookies next week they’re a sleeper team.”

Jhamal Jones led all scorers with 23 points, while however attempting a Carmelo Anthony-like 26 shots.  Eric Singleton also contributed with 18 points and six steals.

While the Cereal Killers retain their undefeated status for the season, they are far from satisfied with their performance as a whole.

“We got to do better with subs,” Coward said. “We got to make a rule that if you’re in there messing up you have to be subbed out, we’ll enforce that rule next week.”