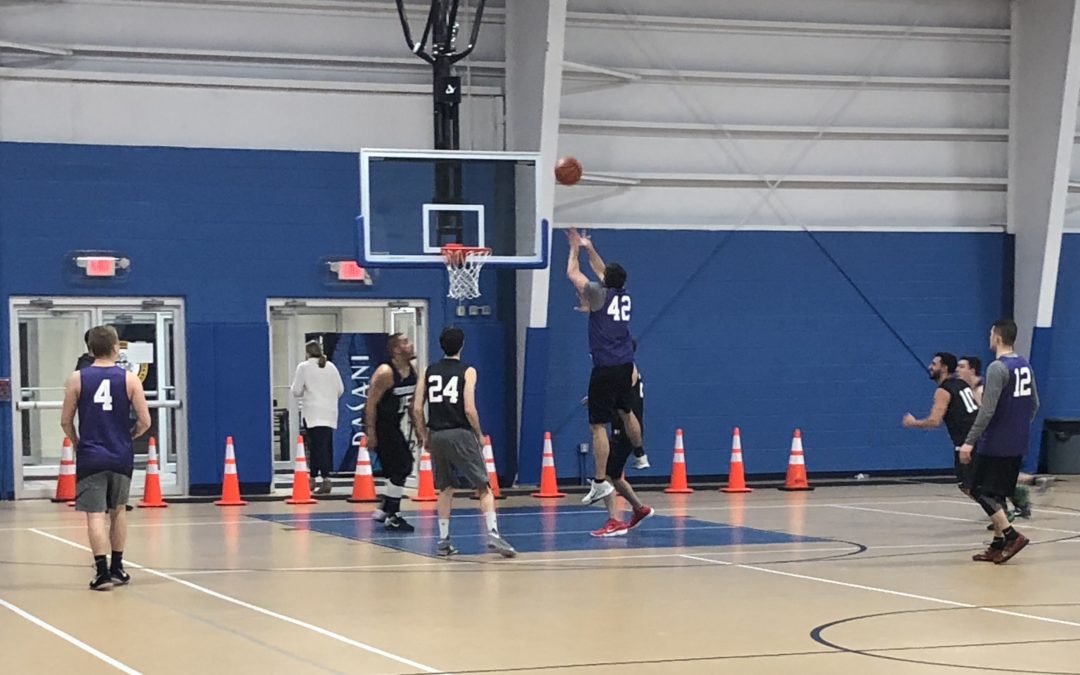 Prestige Worldwide began their first season in the Legacy Leagues 1-0 after handling the Halfway Crooks in Week 1. Prestige Worldwide would only lose two games all regular season, snatching the third seed and setting up a rematch from that Week 1 contest in the Winter 18 RI Quarterfinals.

The six-seeded Halfway Crooks used their size advantage and ability to get easy baskets in transition to pull off the lone upset of the Quarterfinals, beating third-seeded Prestige Worldwide, 64-57. Jared Hanson was the catalyst all night long, leading his team with 16 points and also grabbing eight rebounds.

In what was a very tight game, everything came down to matchups. Shaine Patrick was a beast down low for Prestige Worldwide, but being the only big man proved to be the difference. The Halfway Crooks countered with Tom Ferranti and Dylan Lincoln (15 points each) who out-dueled Patrick in the paint. Patrick led his team with a game-high 22 points.

The Halfway Crooks held a 36-30 halftime lead that quickly disappeared in the third as the game heated up. Prestige Worldwide would answer in the third quarter, despite Bryan Yarce’s struggles from the floor. Yarce finished with 12 points on 5-of-17 shooting.

Rebounding is an important stat in any game, but was especially huge in this playoff game. The Halfway Crooks managed to out-rebound Prestige Worldwide 38-28, limiting Prestige’s second-chance opportunities.

Justin Kolenda came up clutch in this one for the Halfway Crooks, recording 12 points and 13 rebounds. Kolenda also helped neutralize Zach Fraielli who poured in 15 points of his own.

The Halfway Crooks now are in the Final Four, setting up a matchup against second-seeded Boom-Shakalaka Thursday night with a spot in the Winter 18 RI Finals on the line.