Pursuing Perfection: The Alliance cruises past Werewolves into Finals 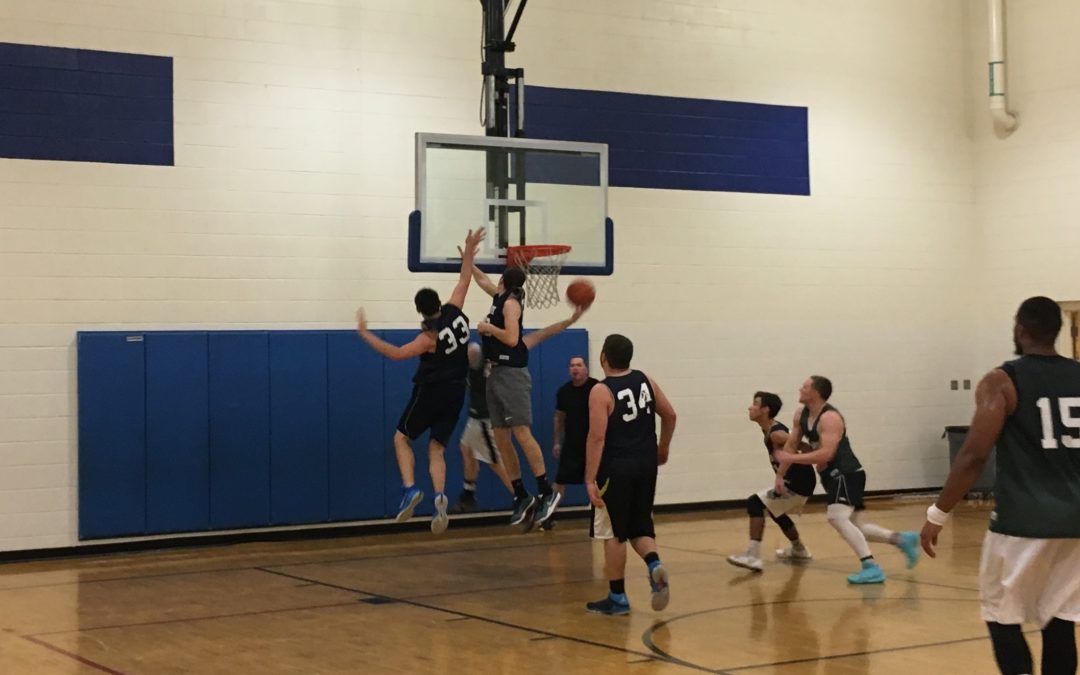 Even though the top-seeded and undefeated Alliance failed to hit the century mark for the first time sine Week 4, that did not stop them from blowing out the fourth-seeded Werewolves in the Semifinals, 91-56, to advance to the Fall 17 Finals. The Fall 17 Most Valuable Player, Max Matroni, led all players with 31 points on 12-of-26 shooting.

The Werewolves handled The Alliance’s press well early on in this game. They were keeping up with The Alliance for a bit, but as the game went on The Alliance’s defense and fast break offense was too much.

This was the first time The Alliance has played in three weeks because of their playoff bye. Their players acknowledge they started off the game a little rusty.

“It was definitively an adjustment for a little bit,” Greg Holt said. “We turned the ball over a lot early and were a little sloppy with our play on offense.”

For the Werewolves, Gino Forte had a team-high 26 points on 10-of-20 shooting, including six 3-pointers. Brian Heston really struggled for them, shooting 3-of-17 on the night for only had eight points. He was forced to take more outside shots than he usually does because of the inside presence of Darius Debnam. Heston did contribute on the glass with 14 rebounds Wednesday night.

We saw the same old Alliance in terms of their press defense and fast breaking. They struggled a bit from three in this one, shooting 9-of-30. The Alliance even got out rebounded, 38-31.

One of the keys to winning the game for them was the turnover margin. The Alliance had eight turnovers as a team, while the Werewolves committed 24, and The Alliance took full advantage.

On the other hand, The Alliance knows that Boom-Shakalaka is going to give them a good battle. The Alliance says they will do much of the same as they’ve done all season to try to finish off their perfect season.

“They shoot the ball well, so we’re going to have to be aware of that,” Holt said about Boom-Shakalaka. “(We have to) make some guys put it on the floor, guys that aren’t comfortable putting it down.”