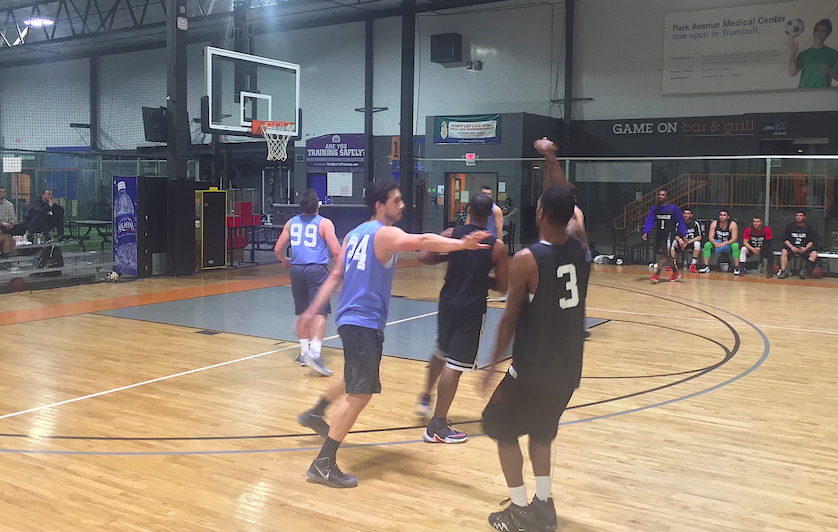 In the first round of the Winter ’17 playoffs, the top seeded Cereal Killers destroyed a helpless Light it Up team, who only had three guys show up to play, by the score of 135-87. The game wasn’t much of a contest as the Light it Up trio stood no chance against arguably the most explosive offense in the league.

Now the Cereal Killers will look to continue their success as they face a Lob 203 team that has won its last five games after starting the seas 0-5. Even with a red-hot team in front of them, the Cereal Killers have one thing on their mind: winning.

“[We have to] just keep doing what we’ve been doing all year, keep winning,” Cereal Killers’ Nick Perry said. “Stay undefeated still, that’s our goal going to the playoffs…that’s it just stay competitive.”

In the blowout win over Light It Up, Ty Coward led the team in scoring and rebounds, putting up 29 points and grabbing 20 boards. Perry also had a breakout game as expected, scoring 21 points on 10-for-15 shooting from the floor, while also grabbing ten rebounds and dishing eight assists.

Besides Coward and Perry, the Cereal Killers will look to the consistent play from defensive nightmare, Mike Davis, and team facilitator, Jay Thompson, in the upcoming matchup against Lob 203. With the win over Light It Up, the Cereal Killers remain a perfect 10-0 headed into the Quarterfinals.

Lob 203 found its own success in the 74-51 win over the Renegades, who had been missing Winter ’17 All-Star Defensive Team selection, Davin Sirpenski. This provided Lob 203 with an opportunity to take advantage of the missing defensive presence. For the Lob 203 squad, it has seen multiple players step up in its recent winning streak including Cody Dileonardo and Paul Mirmina, who combined for 47 points, 17 rebounds, 10 steals, and eight assists in the first round win.

“Hard work, determination, teamwork, and Paul [Mirmina] went right today,” Lob 203’s Andrew Sampietro said after this team’s first round win.  “We also got it done on the defensive end. 51 points given up is going to win a lot of games in this league.”

As for its matchup against the Cereal Killers, Lob 203 will need to have a solid game plan for preventing the top-scoring offense and it’s elite scorers in Mike Davis and Ty Coward from doing what they do best. Mirmina, Dileonardo and Andrew Martino must continue to play a well-rounded game if they have any hope of giving the Cereal Killers its first loss.

Mirmina and Davis will be the matchup to watch as both players have been crucial in leading their teams to victory in recent games. Both play a physical game on both sides of the ball: attacking the basket while locking down any given ballhandler on defense.

Lob 203 is also one of the smaller teams in the league height-wise, yet seem to make up for it with hustle and shot-blocking. Lob surprisingly protects the rim very well, and when hitting shots can play with anyone in the league. The Cereal Killers will look to get out and run, tiring out their opponent over the course of the game.

While the Cereal Killers may have the height advantage in the paint, this Lob 203 team is full of point-forwards who are not afraid to attack the rim any given play. Lob 203 has given many of the premiere teams in this league some trouble, so expect this highly-anticipated matchup to be a close one in the fourth quarter, and come down to which team executes in the final minutes.