Quarterfinal Preview: No 1. Shocker City vs No. 9 Dinners Served 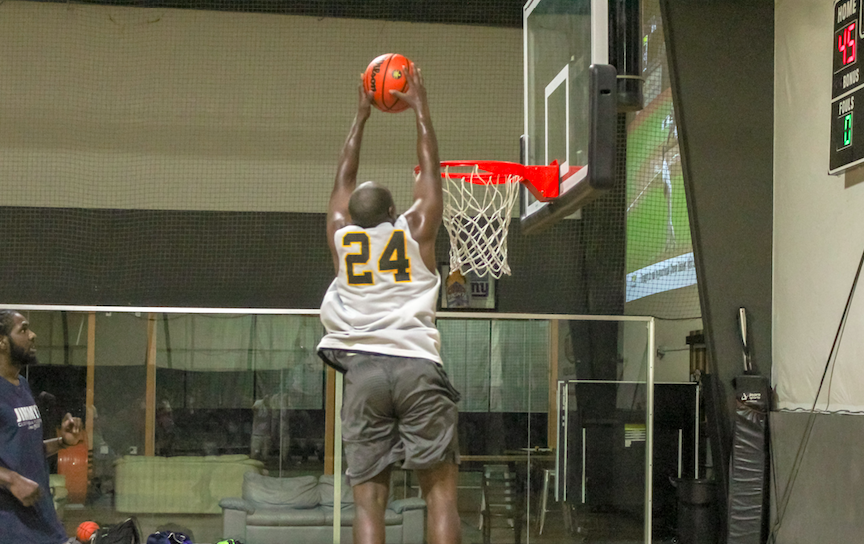 Shocker City has been the clear-cut best team all season long this Summer. They have the deepest lineup in the entire league and can score in so many different ways with many different players. They have also showed their ability to lock down defensively when they need to. The top of the power rankings was something this team was familiar with all season long. After a First Round bye, they look to complete their undefeated season after teaming up a bunch of stars for the sole reason of winning a championship.

“We don’t have a message for the rest of the league, we know we are the best team in the league. We could play our worst game and still win,” Santorelli said.

A key storyline heading into this matchup is if the two-headed powerhouse from Dinners Served, Matt Terrasi and Kyle Coniglio, can continue their hot play against Shocker City. They are the only two players to average double figures in points this season and were the main reason Dinners Served has advanced to the Quarterfinals. Shocker City will look to slow these two down.

Dinners Served has had an up and down season but their dynamic duo of Coniglio and Terrasi, who both are averaging above 20 points per game, have led them all Summer. They have not struggled to score the ball but have lacked contributions as a full team. Their two-headed monster will look to keep the momentum going for this improving squad.

“We have always been good on offense, we just need to keep improving defensively and the wins will come,” DeMeis said.

Dinners Served will have to locate Mike Davis at all times in this matchup as he has been lethal from the three point line. They’ll also have their hands full stopping Carmine Santorelli, who directs their entire offense and will look to add a championship to his Legacy Leagues resume, as well as Troy Brunson who has been a force down low.

Locating Davis and not allowing him to get steals defensively will be a tough task, as Davis has many milestones to his name, including two-time MVP and Summer 16 Finals MVP. Look for Davis to continue his dominance in his pursuit of his third championship.