Quarterfinal Preview: No. 2 No Limit vs No. 7 Run TMC 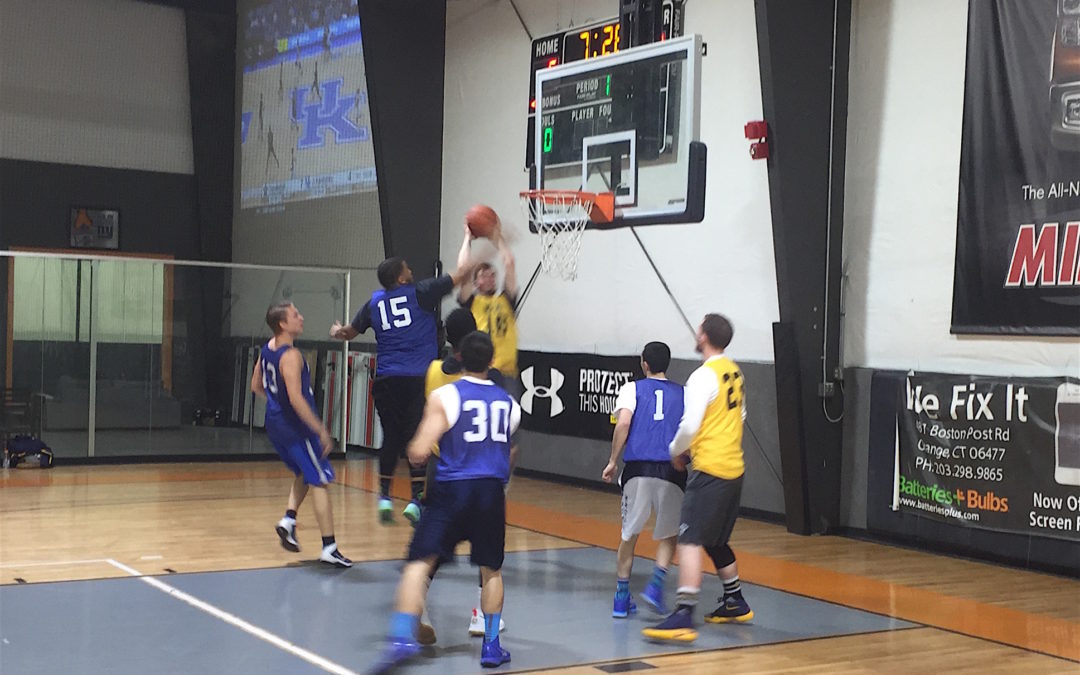 Not only is this quarterfinals matchup a rematch from an overtime battle in Week 6, it is a playoff rematch from last season’s semifinals as well. In last year’s playoff meeting, No Limit defeated Run TMC on their way to the championship game, where they eventually lost to the defending champions, The Brotherhood.

No Limit escaped with a 73-72 win in the Final 4 of the Fall 16 season. Run TMC was propelled by former player Reggie Stewart’s 41 points, but could not contain the inside-outside duo of Tarell Vargas and John Rullan in the end. Stewart and Run TMC jumped out to a double-digit first half lead, but fell behind going into the fourth quarter after No Limit exploded in the third. Eventually after erasing an 8-point No Limit lead in the final minutes, the game came down to the final possession where Run TMC’s Kevin Blake had a 8-foot floater bounce out, and No Limit advanced.

However, despite both teams returning this season, this year’s playoff meeting is very different.

Run TMC will be without the services of Stewart, but replaced him with an inside presence and two-time All-Star Will Hudson. No Limit added former Brotherhood point guard and two-time champion Kevin Rivera into the “Core Four” of former MVP Vargas, Howie Miller, Rullan and Ronte Byrd.

No Limit’s newest addition Rivera was not available when No Limit defeated Run TMC earlier in the season, while Run TMC had the services of big-man Joe Spain in week 6, who is ineligible for the playoffs. With Rivera back on the court, Run TMC will have their hands full.

Run TMC will need to re-focus on this quick turnaround, especially on the defensive end to potentially pull the upset, as No Limit is third in the league in points scored, fourth in three-pointers made, and second in assists.  Stopping Vargas would be great, but with that being nearly impossible, Run TMC will need to focus on playing team defense.

Controlling the tempo will be key: if the game is played at TMC’s discretion that helps big time. Secondly, they will need to play honest defense, or in other-words not help on drives. If Vargas takes it down the lane they will need to stay out on shooters like Rullan and Miller, instead of collapsing inside. Forcing No Limit into contested, difficult two-point shots, as opposed to open threes, will pay off in the long run.

Finally, they cannot fall asleep on Rivera, who is a pass-first point guard, but can light it up from outside and play aggressive offensively at any given time.

On the flip-side No Limit will need to play disciplined basketball against Run TMC to keep their undefeated season alive. Run TMC loves to get out in transition and run, leading to easy buckets. No Limit should slow the tempo a bit and run efficient offense to get Run TMC out of their comfort zone. No Limit will also need to take advantage of Run TMC’s sloppiness offensively, leading the league in turnovers, to help control the tempo as well.

In addition to controlling the tempo, No Limit will need to box-out defensively and keep the league’s second-leading offensive rebounder, Run TMC’s Will Hudson off the glass. Forcing Hudson to the outside, while not desirable, is a better option than letting him dominant on the interior and getting routine, easy baskets.

The winner of this highly anticipated rematch will take on the winner of the Red-emption-Rookies matchup in the semi-finals, where a trip to the finals will be on the line.