Quarterfinal Preview: No. 3 Run TMC vs No. 6 The Throne 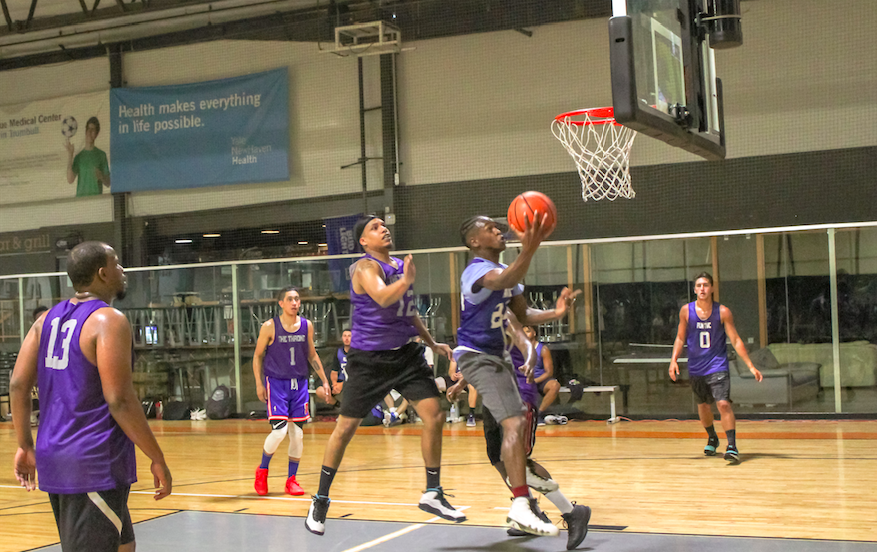 The Throne got the best of Run TMC in their first highly anticipated matchup during Week 5 of the regular season. Two of the best teams in the entire league look to go back at it once again, this time with their season’s on the line. Run TMC, who are currently on a five game winning streak and finished no. 2 on the weekly power rankings, are seeking revenge against The Throne who handed them their one and only loss for the season. Both sides have been waiting for this matchup for some time now.

“We’d love to get The Throne again. They’re our only loss for the season so I think that would be fun,” Tyler Feldman said.

As a team, Run TMC does a number of things well. Shooting 42 percent from downtown however, is probably their biggest strength considering they lead in league in total points scored. Then there’s Reggie Stewart. Averaging 25 points per game, seven rebounds and six assists, all while shooting 51 percent from the field, makes him a clear cut MVP candidate. He’s capable of taking over the entire game with his uptempo pace of play and crazy athleticism.

He isn’t the only freakish athlete on the team though. Eric Singleton who is practically a human highlight reel, contributes 19 points per game with five rebounds and four assists. Will Hudson also averages 20 per game and shoots 49 percent from three.

The Throne on the other hand need to play their own game. At times, they can go on scoreless stretches where it seems they have no offensive flow at all; but, when they’re rolling on all cylinders, they can seem almost unstoppable. This team has four players who average just over 12 points per game and as a team, lead the league in total blocks for the season.

“They got the best backcourt in the league. You stop Eric, stop Reggie, they don’t got nothing else,” Lee Leite said.

The Throne are pretty confident heading into the Quarterfinals. They truly believe they can knock Run TMC out of the post season since they were able to defeat them early on in the regular season. This time around however, they’ll be without Russ Peyton, who was arguably their best player before his season ending injury.

Peyton not only was another big body on the defensive end, but his 15 points per game, seven boards and 51 percent shooting was a huge difference in the few games he did play in. In fact, he was present for the Week 5 matchup against Run TMC where he finished with 12 points, nine rebounds and three assists. Regardless, Peyton has been out for some time now so The Throne have gotten used to playing without him.

They’ll need scoring from everyone on the roster to keep up with Run TMC, and at the same time turn up their defensive pressure so that they are playing at their own pace and not at their opponent’s pace. These are two teams well capable of winning the Championship, but only one team can move on from the Quarterfinals.