Quarterfinal Preview: No. 4 Team Moose vs No. 5 NickStrong 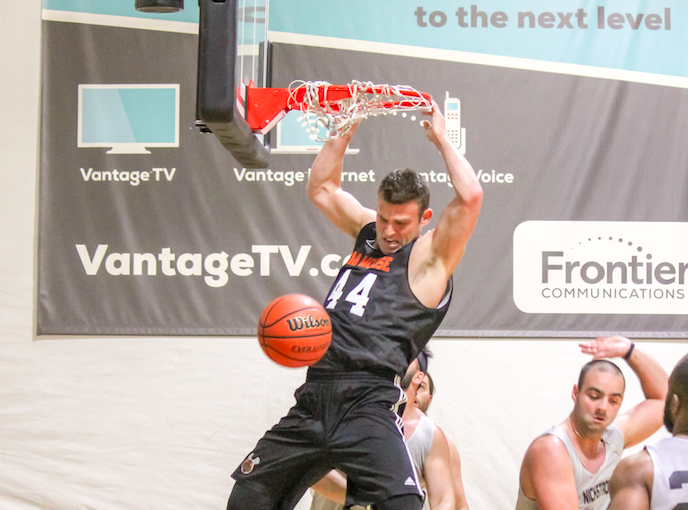 The first time these two played was over 2 months ago in Week 2 where Team Moose overmatched NickStrong in what was a completely different matchup then we will see on Monday. In the Week 2 game Melquan Horton had 24 points and went 10-of-14 from the field. Kevin Blake had 18 and Josh Balabuch had 18 points. That is the trouble when playing against Moose is that they have so many unselfish players that you never know who’s gonna be the leading scorer.

While that is certainly a problem for NickStrong, things have certainly changed since Week 2. In the previous match between the two teams, many impact players were not there for both teams. Jackson Meshanic and Tyler Disabella were not there for Team Moose, and NickStrong did not have Ryan Florentine and Frank Morale.

Meshanic is having an MVP-caliber year and Disabella is scoring 10.0 points per game while being one of the most athletic players on Team Moose. Florentine and Morale average a combined 25.5 points per game and are both impact players on the defensive end for NickStrong.

One of the keys for Nickstrong to have a chance in this game is to limit the versatile Team Moose offense.

Team Moose just has to keep doing what they are doing as they have rolled into this position. Moose, just like NickStrong,  pride themselves on being a great defensive team.

“We will continue to bring the same energy every week, and we are going to come out and play hard defense,” Melquan Horton said.