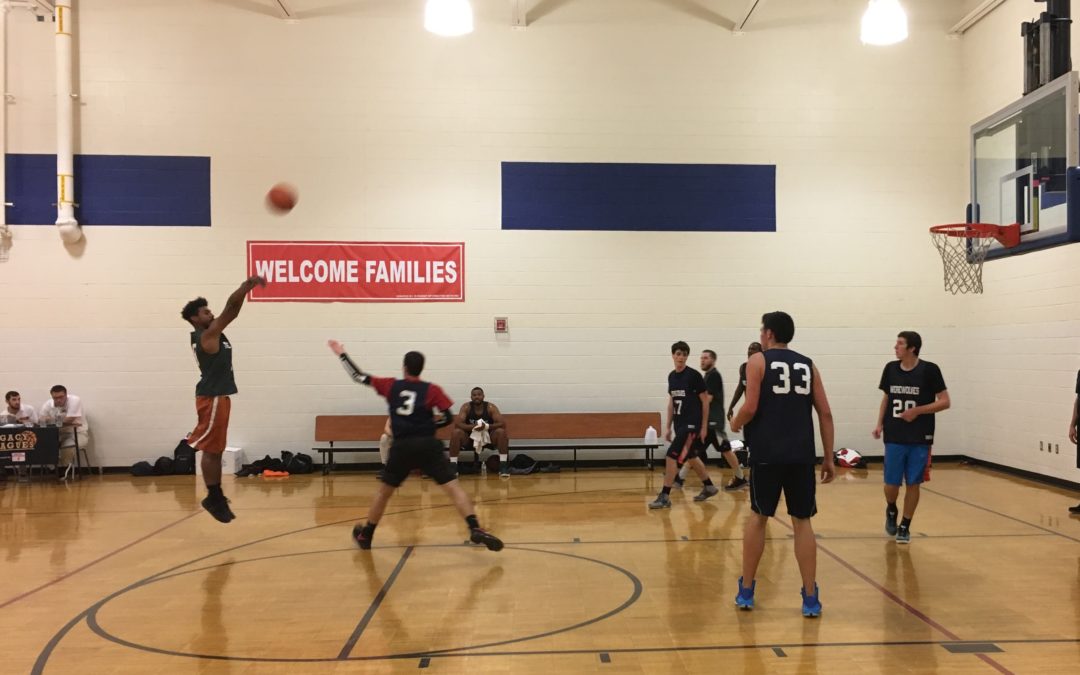 The Alliance came out firing on all cylinders against the Werewolves Wednesday night, as they cruised to an easy 122-79 win, now their sixth victory in a row. It was a well-rounded team effort led by Max Matroni, who poured in a game-high 41 points on nearly 70 percent shooting from the field. Matroni was one of five Alliance players to score in double digits Wednesday night, which included 14 points, seven rebounds and 14 assists from Cody Crawford.

The Werewolves once again got most of their offensive contributions from Brian Heston and Gino Forte, who finished with 20 and 17 respectively.

Defense was the story early on in this one for The Alliance as they were able to force a lot of turnovers to get easy buckets down the other end.

“The atmosphere, especially with our team, is just something you can’t explain,” The Alliance’s Brandon Stephens said. “It’s a chemistry we all have because we all basically think the same.”

Stephens finished with 19 points for The Alliance, who, as a team, scored a season-high for points in a quarter with 37 in the first. Unselfishness and great ball movement allowed Matroni to drop 19 of his 41 in that opening quarter where The Alliance seemingly couldn’t miss.

When everyone is locked in on both ends of the court, and they constantly move the ball to find the best possible shot, this team seems unbeatable at times. They had 37 assists Wednesday night, and saw four players with at least five dimes.

The Werewolves have now dropped three games in a row, and look to get back on track next week as they look to get revenge against a Skyhookers team who beat them earlier this season. They had 24 turnovers in Week 6, so they’re going to have to do a much better job of taking care of the ball in Week 7 if they want to come away with a win.