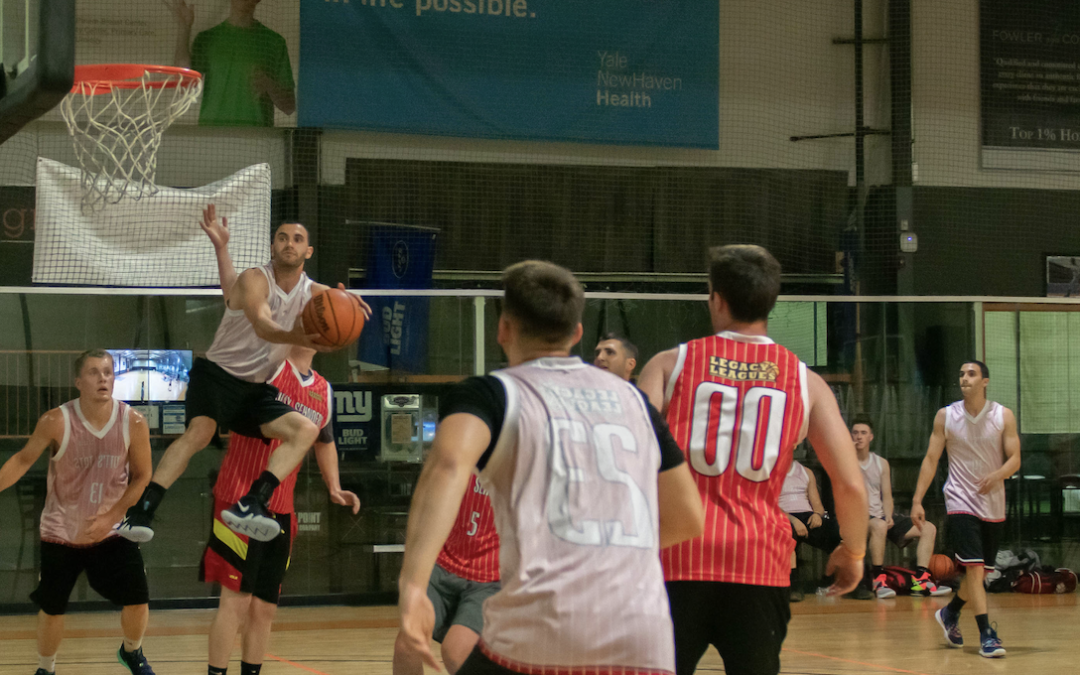 Jacob, Noah, and Vic Raffone all used to play for Branford High School at different times in recent history, but they now team up together playing for Scotts Tots. The new team to the league got their first ever Legacy Leagues victory when they defeated the Silly Sehnders 64-57 in the nightcap of Week 3.

The Raffone brothers combined for 33 points in the wining effort. After struggling with their jump shots in the early weeks of the season, they have started to get used to the lower rims.

“We feel like the teams we played before we could have beaten.” Noah Raffone said. “It has been tough on the lowered hoops but we are getting the hang of it.”

As a new team to the league, having team chemistry if definitely an advantage for Scotts Tots. The Raffone brothers have been playing together all of their lives and it is very evident on the court. Early in the season their ball movement has been quite impressive even though their jump shots may not be falling consistently yet.

If Scotts Tots hopes to start to string some wins together they will need the Raffone brothers to lead the way in that effort. They certainly are a very intriguing team that has a lot of potential to slowly climb the standings before playoff time.

“We need to grow from this win because we should have won by a lot more.” Noah Raffone said. “Hopefully we can get another win next game.”