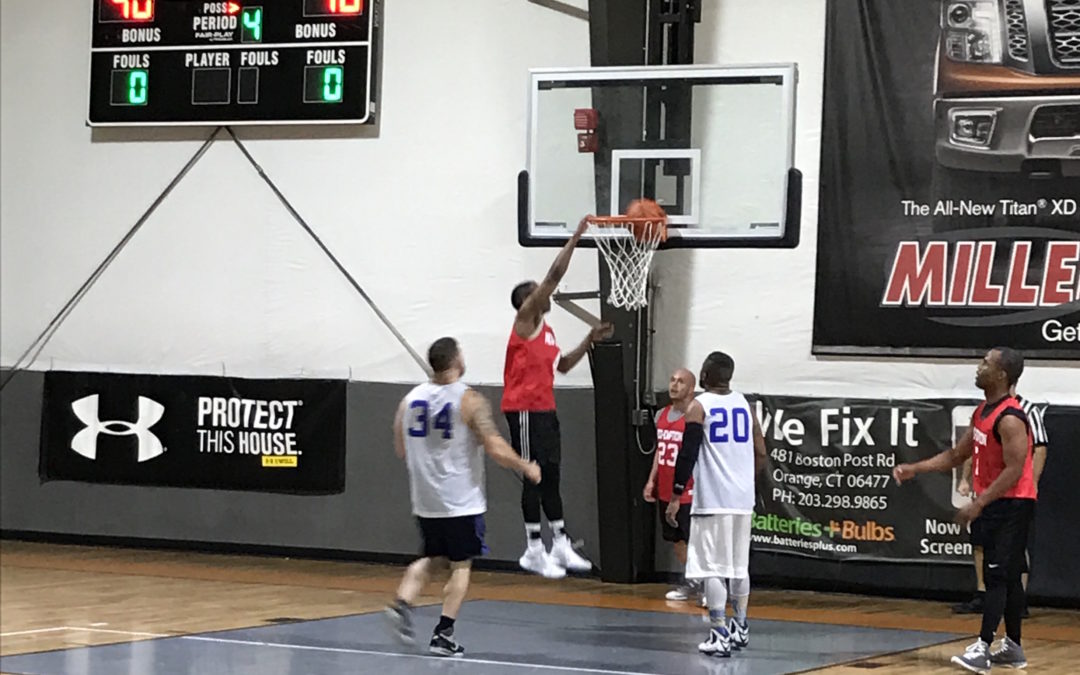 Coming off their first win last week Red-emption came out flat in week 3, potentially overlooking their opponent who had yet to get a win, but it was an eerily-long break halfway through the second quarter that seemed to rejuvenate the team. Red-emption outscored White Magic 64-26 in the final three quarters en route to a 80-42 blowout win over White Magic.

The game was put on hold after Red-emption’s Mike Ramos left the game due to a non-contact knee injury. After about a 20-minute pause, play resumed in the second and it was all Red-emption from here on out.

Playing with a little extra passion, Red-emption started scoring at will and White Magic couldn’t find a way to stop them. With the performance put on tonight Red-emption has officially proven itself as an elite team in this league and should not be underestimated by any means.

“Once we picked up the intensity, we starting putting more pressure on defense,” Red-emption’s Mike Freeman said. “Playing together and moving the ball is the most important thing for a team. We played really hard together and played well defensively (allowing us to) get some steals.”

The Temptations will have the opportunity to put an end to Red-emption’s winning streak as the two will face next Tuesday night at 10 p.m. White Magic should have an easier time getting its first win next week when they play the only other winless team in the league, The Rookies, next Monday night at 9 p.m.