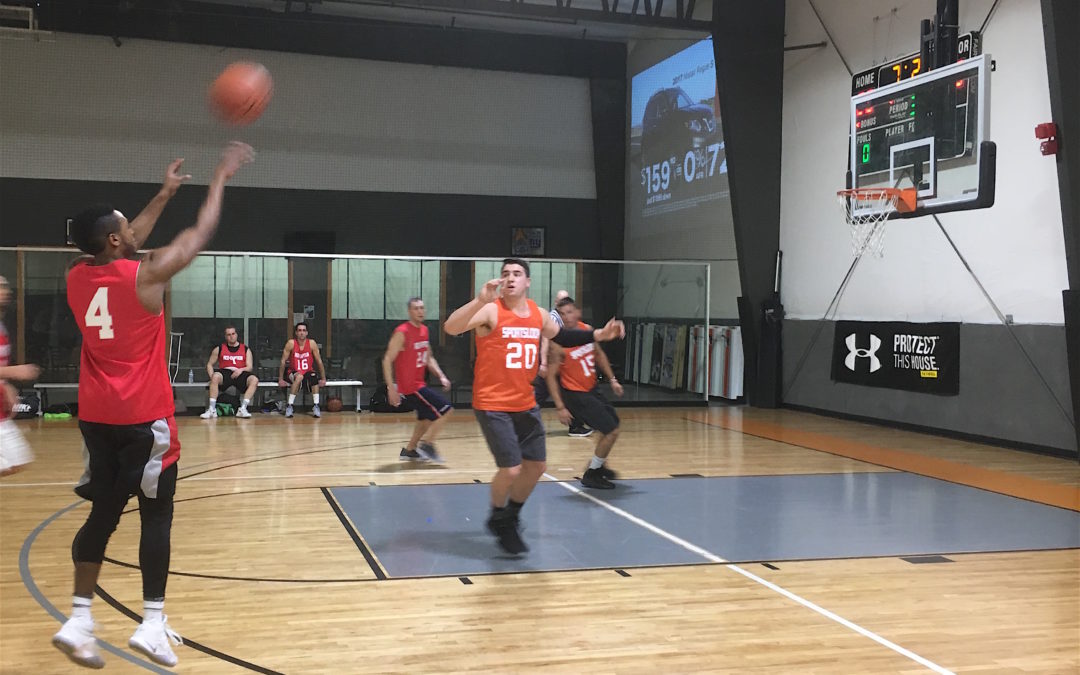 For the second week in a row, Red-emption displayed their offensive and defensive dominance in a blowout victory against Sportslook by the score of 93-49.

“I just come to play, if it’s close, it’s close. I don’t really care. I just have fun playing out here, so I mean, I guess I did [expect it to be closer] but we won by like 44 I think,” Red-emption’s Jalen Graham said.

The win would be led by Jalen Graham who nearly recorded a triple-double tonight with 31 points, 13 rebounds, and 8 assists. He was followed up by teammates Pete Sklarz with 14 points and 10 rebounds and Mike Freeman with 13 points.

In addition to Graham’s outstanding offensive performance, Red-emption played great defense and created a fast-paced game. Graham showed his pickpocket skills with eight steals but to his downfall had five turnovers.

“Well I had a lot of turnovers. I was trying to be too flashy, but we could try to just slow it down a little bit, regroup,” Graham said.

Stars Tyrell Holmes and Steve Niggebruge of Sportslook were not able to shoot their team back into this game. Holmes led with 18 points and Niggebrugge followed with 17 but the rest of the rotation was hopeless offensively.