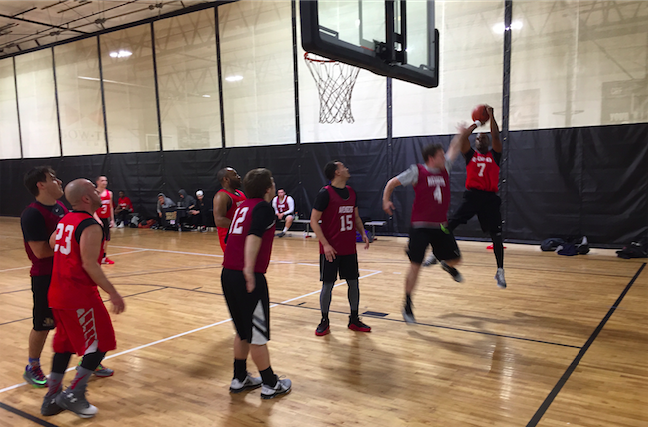 In round one action of the Legacy Leagues playoffs, a game between Red-emption and the Avengers provided minimal surprises amongst the panelists and players. Red-emption dominated the game from the opening tip to the final horn, definitively besting the Avengers 84-50 to advance to the quarterfinals against the 11-seed the Rookies.

Both teams played a sloppy game, with numerous turnovers and unforced error. In the end, defense would be the difference maker. Red-emption had eight blocks and nine steals as a team on the night, and that doesn’t quite do justice for the work they put in on the defensive end of the court in second half.

Red-emption was led as usual by Jalen Graham, despite committing a handful of careless turnovers as well. One major takeaway from this game is that if Red-emption wants to have a chance to get to the title game they need to be much better at protecting the ball.

Graham did score 29 points on the night shooting 11-of-17 from the field and adding eight assists to go along with it. Other standout performers include Mike Freeman and Pete Sklarz, who each scored 18 and 13 points, respectively. Sklarz also lead the team in rebounding, grabbing 12 boards on the night.

“We played a little pissed off, with a chip on our shoulder…defense I thought in the first quarter was a little off, but after that the intensity just picked up, so I’m really pleased with the way we played today,” Red-emption’s Joel Castillo said.

Unfortunately for the Avengers, they just didn’t have enough talent on the offensive side of the ball to keep up with Red-emption. Combined with their inability to get stops on defense, it made for a long night for their team. The Avengers did have positive contributions from Derrick Davis and Zach Shapiro, who scored 15 and 12 points each.

Next week Red-emption takes on the Rookies who will look to get another upset in the playoffs in this quarterfinal matchup.