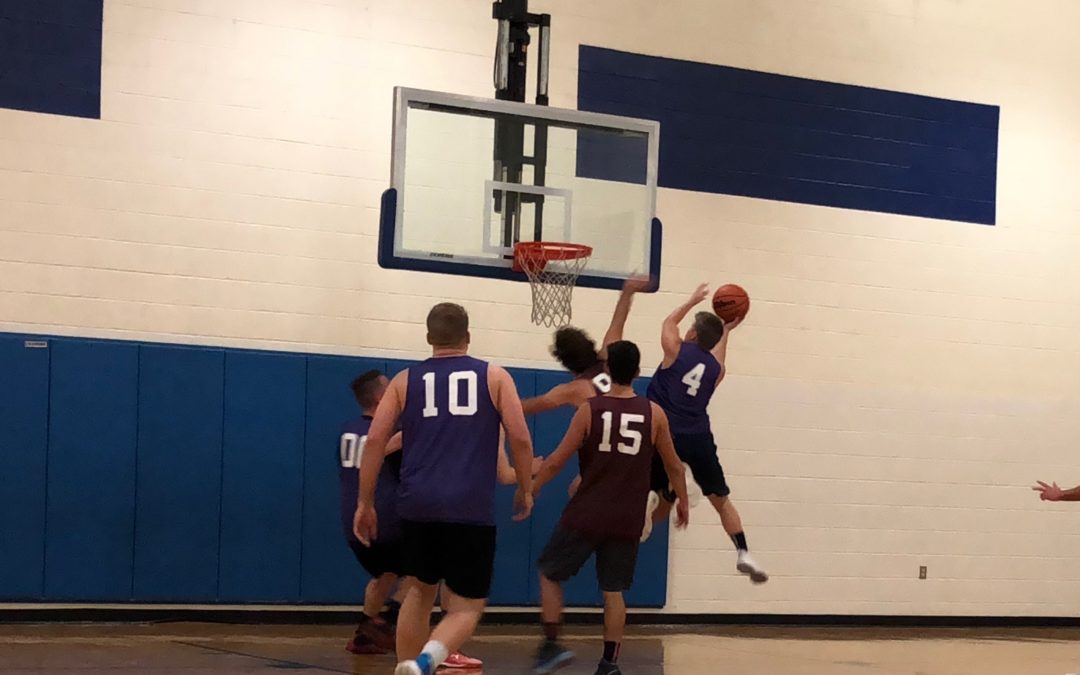 Big Baller Brand is still searching for their first victory of the season, as they appeared to be off from behind the arc in this one. Jared Hanson and Tom Ferranti led the way for the Halfway Crooks with 24 and 18 points respectively, the only two players reaching double-digit points on their team.

A key to the Crooks victory today was their defense, they held Brett Cody to only six points on the night. Although he’s still third in the league in scoring, that’s the first time that Cody has been held to single digit points in the game.

“We knew we had to focus in on no. 23 Brett (Cody), just because of what he can do,” the Halfway Crooks’ Matt Zocco said. “It was nice to have extra legs and extra bodies [to help stop him].”