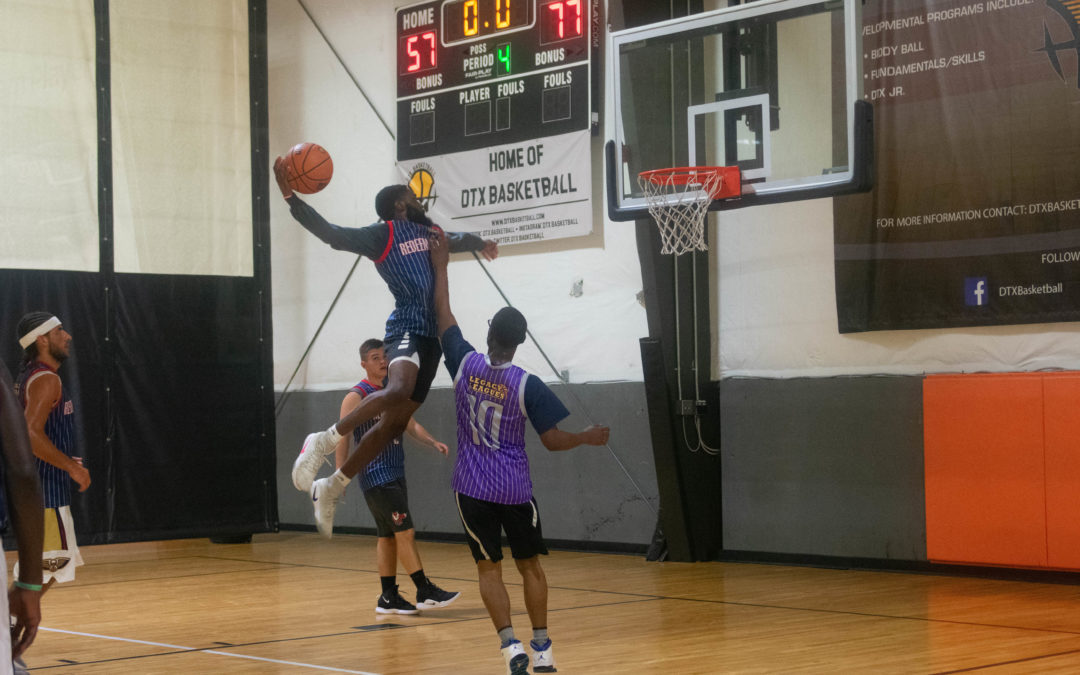 Redeem Team makes it two wins in a row after Monday’s matchup against Tune Squad to finish off the regular season. They locked up the three-seed and play Sportslook in the Quarterfinals of the playoffs.

This team has been strong all season, but had some trouble getting their guys to show up each week.

“As we talked about all year, we’ve been short,” Melquan Horton said. “We had a pretty good team coming out but a lot of guys not showing up. We consistently know these four guys are going to show up.”

Eddie Whitman, Eric Singleton, Dontae Abbate and Horton have been showing up all season long, with only two missed games combined from Whitman and Abbate. These four are the core of this team. With their record at 6-3, they have proved they can play with anyone.

“We know what we’re going to get night in and night out,” Horton said. “I’m going to come in give everything, Eddie’s going to shoot, Dontae’s going to play defense, me and Eric are going to do everything we can to bring home the victory.”

Horton has been unstoppable on the offensive end and has played in all nine games this season. He put up 35 points Monday and is the league leader in defensive and offensive rebounds. Sportslook will be a good test for them in their first playoff game as they will be looking for redemption from the last time they played each other in Week 6. This game saw Redeem Team come out on top by one point in overtime.

“Wins always help [our confidence]. It was back and forth, win loss win loss, but we’ve strung a couple together in a row it feels good,” Horton said. “We’re starting to really learn how to play together and the more we get down playing with each other, the better the game’s getting.”