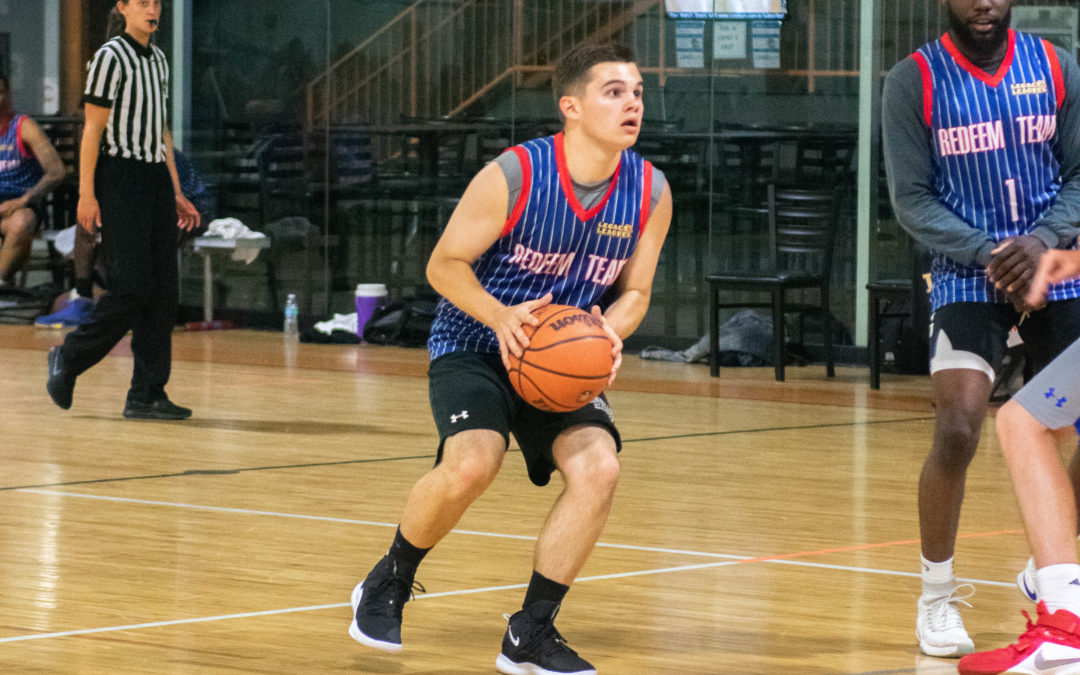 The beginning of a new season marks a fresh start for every team in the league; no standings and no statistics. However, in order to make an impact in this league, one must come flying out of the gates…early. During the opening night of the summer 2019 season, Redeem Team did just that, defeating newcomers Silly Sehnders, 100-64.

While the score may not show it, Silly Sehnders did put up a fight. From beginning to end, this young team fought hard. Backed by Chris Howell, who scored 21 points on 50 percent shooting from the floor (8-16 FG), the Silly Sehnders showed a lot of potential in just its first Legacy Leagues game.

However, it was unfortunate that the first game in a young season had to come against the extremely balanced attack of Redeem Team. Five of seven players on the roster posted 10 or more points, with the remaining two scored nine points. Additionally, as a team, they shot an impressive 54.7 percent from the field.

Led by the defending three-point champion Eddie Whitman (21 points), this onslaught of offense was balanced out by some veterans to Legacy Leagues.

“I think we have three of the ten best players in the league,” said Whitman.

However, who are the three players he’s talking about?

Eric Singleton is a two-time Offensive Player of the Year (Summer ’17, Winter ’18) who posted 16 points on 61.5 percent shooting (8-13 FG) in game one. Singleton will surely help facilitate the offense going forward. The other two players leading this offense are Mequan Horton, who is a career 17.9PPG in his fifth season, and Destin Simmons, who is a career 18.9PPG scorer in his fifth season.

Abbate says that their goal going into game one was to put up 100 points, and that goal was reached.

Going into the rest of the season, Redeem Team is looking to keep this offensive surge going, as well as the strong confidence in play.

“I think we could beat anyone in the league, especially Shocker City,” said Whitman.

With the start this team had in week one, who’s to say this team won’t shock the world, and get its redemption.