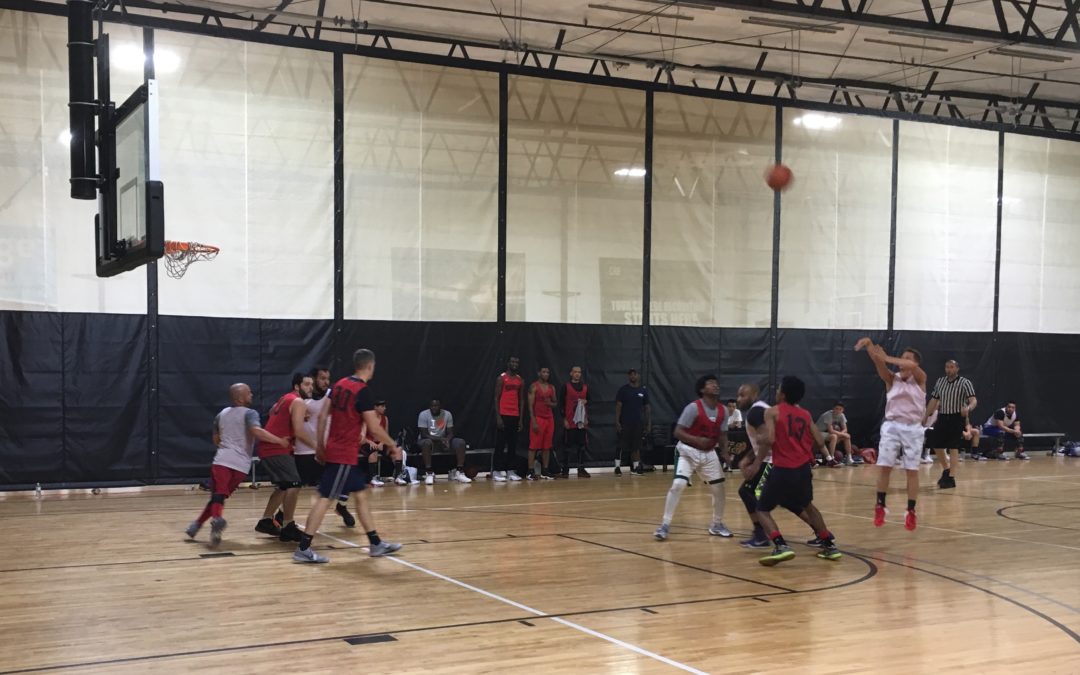 In a game featuring two teams with very difference pasts in the league, Redemption found themselves on top after a thrilling overtime battle, winning 68-66 over The Bad Boyz.

The Bad Boyz came into this game 1-2 after losing to The Flint Tropics and The Monstars in the prior weeks, and they looked to bounce back against Redemption.

Redemption entered 2-1 with two very impressive wins against Run TMC and STP, looking to continue their dominance and let other teams know that without Jalen Graham they are still a threat.

Redemption outscored the Bad Boyz 9-7 in overtime, stifling their star Destin Simmons by holding him to only four points on the night. Their defensive effort was brilliant, forcing steals and making each shot difficult. When Redemption plays up to their potential there are not many teams who can compete with them. Through their depth to strong post play, Redemption can attack in a multitude of ways that many other teams can’t match.

The Bad Boyz had strong efforts from Matt Shannon who had 14 points and Jaylon Eggleston who added 10 and really seemed to get in rhythm once he hit a half-court buzzer beater at the end of the first half. Shannon and Eggleston were big difference makers in the game, as they provided a scoring punch from someone other than Destin Simmons.

“We had a tough game last week in another overtime against Run TMC. We didn’t want to go to overtime again, but of course we did,” Redemption’s Scott Corchard said. “Our bigs stepped up; they had some talented big men but we did our best to keep them off the glass and we did. I don’t think we’ll ever have a big blowout win, but watch out, it will always be competitive.”