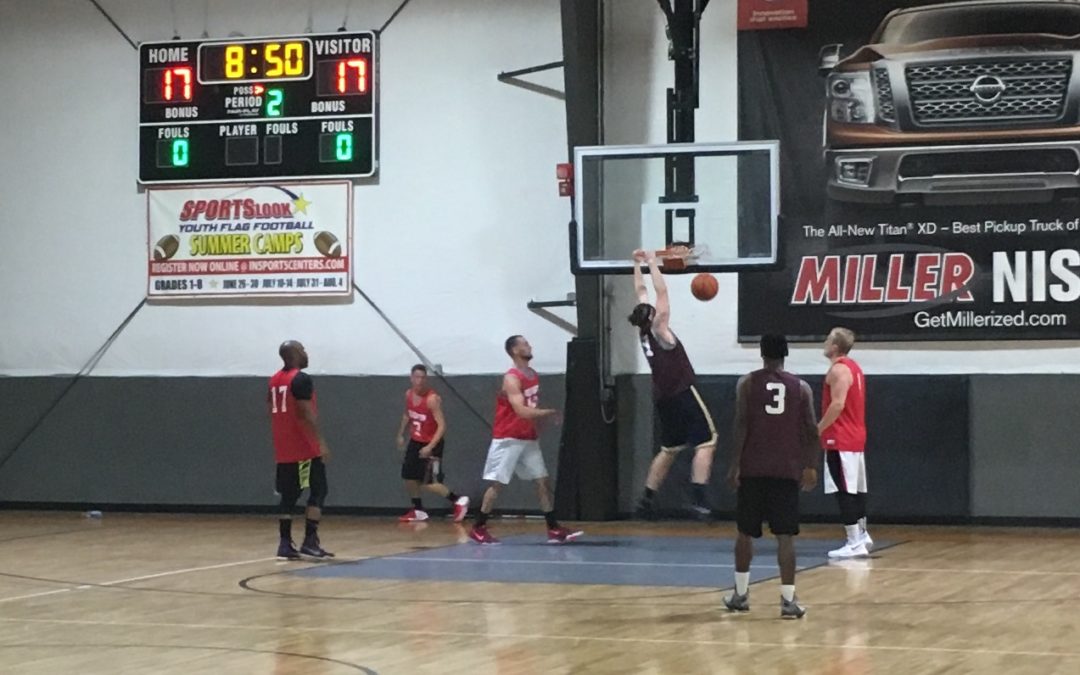 Death, taxes, the Brotherhood winning basketball games. Redemption was the latest team to take a crack at the unbeaten juggernaut that is the Brotherhood, and like every team before them, they found themselves defeated, 79-57.

A lot of things look different offensively for Redemption this season. The departure of Fall 2016 MVP Jalen Graham has left Redemption searching for a way to restore their offensive excellence. However, on the other side of the court Monday night, there couldn’t be a more cohesive and consistent team. The Brotherhood is back, and as Russ Payton and Michael Davis took to the hardwood together for the first time this season, it would be a new addition that would end up shining through for the Brotherhood.

While Redemption found themselves up a point headed into the second quarter, their fragile lead would hardly hold. The Brotherhood exploded for 28 points in the second quarter and jumped out to a commanding 40-28 lead at the break.

Redemption spun their wheels offensively most of the night and were plagued by poor shooting performances by marksman Mike Freeman, and veteran point guard Scott Corchard. Freeman would finish 1-for-6 from behind the arc while Corchard shot 38 percent from the field, missing a number of looks inside that he typically makes.

The Brotherhood would end up being led in scoring by a new member, Jonathan Robles, who finished his evening with 19 points on 64 percent shooting and five rebounds. Davis and Payton naturally joined Robles in double figures with 13 and 12 points respectively.

In response to their balanced offensive attack and contributions up and down the roster, The Brotherhood understands that to win big games they have to play selfless basketball. In order to stay hungry week in and week out, Derrick Davis spoke to how his team remains competitive.

“[We] outshine each other.”