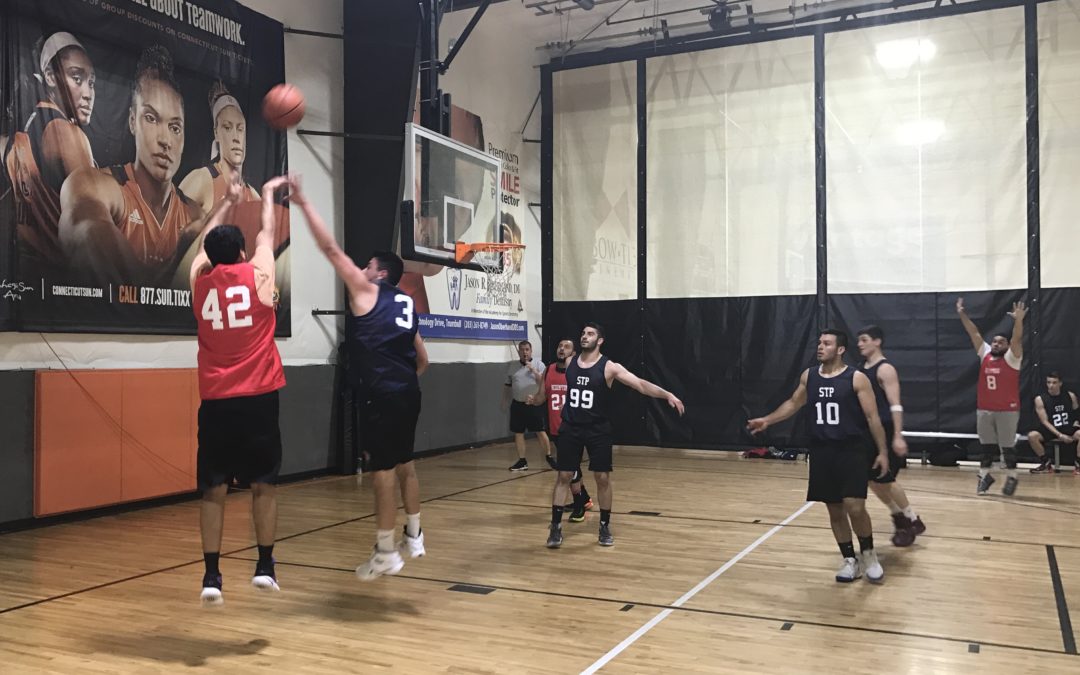 In an anticipated season opener, Red-emption, last seasons runner-up in the finals, came out looking for some redemption indeed. In a game loaded with dunks, blocks and fancy assists, Redemption held off the talented young squad of STP, 67-54.

“I think the team we played is really young, and fresh to the league,” Redemption’s Joel Castillo said. “We’re still meshing some things out, we’ve made some roster changes, but I think we adapted pretty well, especially with Scott Corchard running things at the point.”

Corchard had his fingerprints all over this game, finishing the night with 17 points to go along with 4 rebounds, 4 assists and 4 steals. Also, his ability to ball handle through the opponent’s defense allows him to make plays for his offense in multiple ways, and it showed.

All 4 starters for Red-emption scored in double-digits, which reflects the unselfish ball movement and depth this team has up front. Although they made some changes in the offseason, this team has reloaded with some talented weapons and looks poised to do some damage again this season.

Despite the fact the score may indicate that the game was a blowout, STP competed for nearly the whole game and held a lead for several minutes in the first half. Mike Slattery lead all scorers in the losing effort, finishing the game with 18 points and 7 rebounds. Eventually, Red-emption went on a run in the second half and broke the game into double digits, and STP simply ran out of gas.

With still a full season ahead, both teams look to regain focus on next weeks match-ups. STP will be taking on Run TMC, an always talented group of players. As for Red-emption, they take on a Brotherhood team still seeking their first defeat after narrowly escaping with an overtime win in week one’s matchup. It’s will be a highly anticipated game nonetheless.