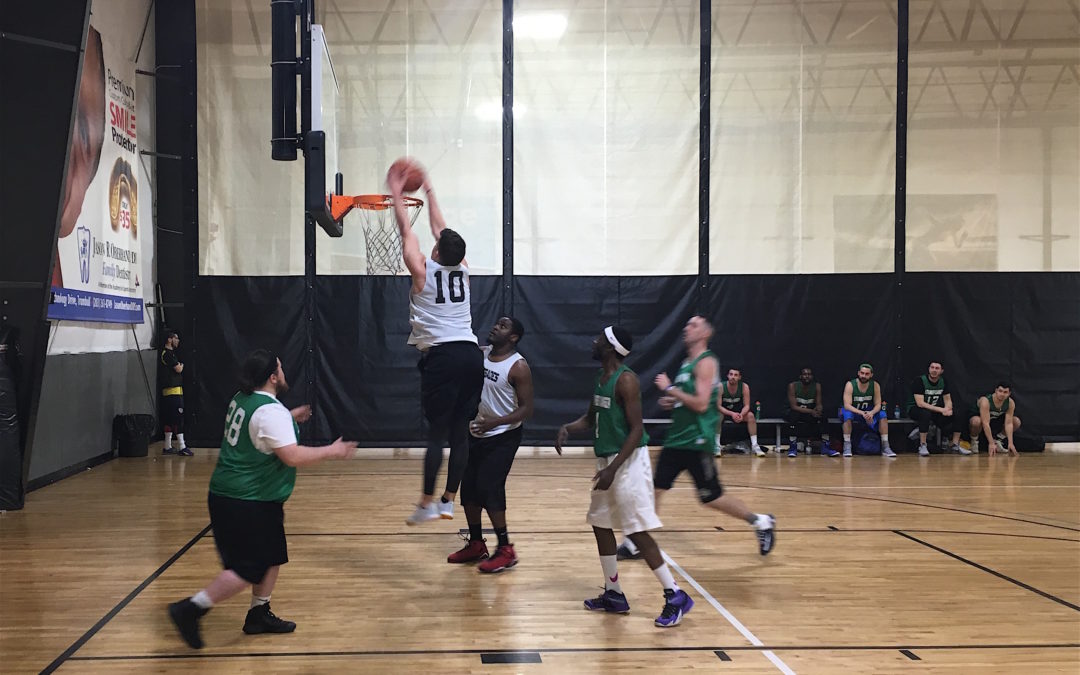 “We found our identity; we’re big and athletic, so we’re going to get the ball out and run, rebound, and play defense.” Renegades’ Davin Sirpenski said.

A huge fabric of the Renegades’ identity is their star player Ty Reed.  Reed, a former Division I football player at the University of Alabama, showed again that the gridiron is not his only athletic specialty.  Reed poured in 29 points, five rebounds, and four steals in an utterly dominant performance.

“Every game we’re going to be in will be close,” Sirpenski said. “We’ve got our transitions down, so we’re a defensive minded team.”

Additionally, the Renegades dominated offensively with their mind on the rim and paint, attempting only nine threes, making one.  Inside the arc, they were 27-42 from the floor, a mind-boggling 64% shooting twos for the game.

Despite the loss Stranger Danger showed flashes of the team that started 2-0.  Echols had a solid 17 points, while Tyler Feldman had a breakout performance with eight points. The much anticipated returns of Johnny O’Brien and Will McAdoo into the Stranger Danger lineup proved less fruitful than anticipated.

However, despite the win the Renegades still see room for improvement.

“We need to work on our half-court offense, get more familiar with it.” Sirpenski said.