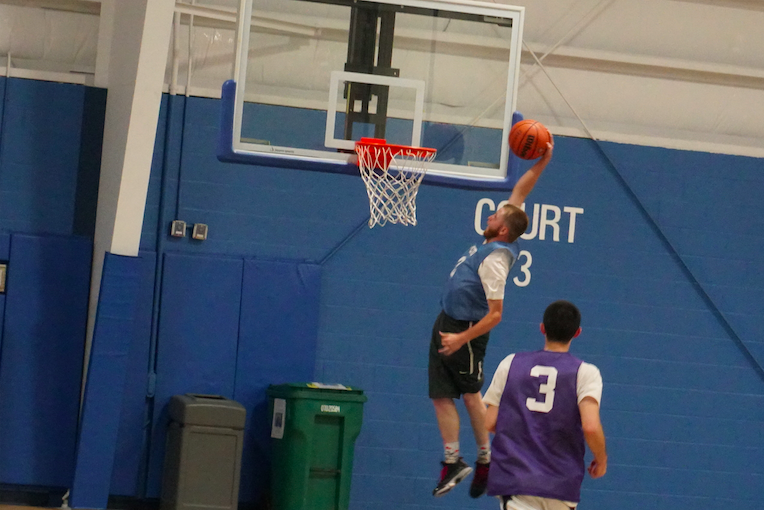 Lob City won comfortably in the Semifinals against the Halfway Crooks, 81-52, setting up a showdown in the Finals with a familiar foe in Boom-Shakalaka. Cody Crawford was his usual self tonight finishing with 32 points, while Victor Kashouh Jr posted a near triple-double finishing with ten points, nine rebounds, eight assists and with four steals.

Mike Wilbur led the way for the Crooks putting up 24 points. The Halfway Crooks matched Lob City bucket for bucket early on, but they couldn’t keep up with them for most of the game.

It certainly didn’t help not having All-Star Jared Hanson, who was out of the lineup after suffering an eye injury in the Quarterfinals. With Hanson it still would’ve been a tough one facing a team that has championship experience and talent throughout their lineup. Aside from Wilbur, nobody could get anything going offensively as they struggled shooting as a team.

Lob City has a core of players who have now advanced to the Finals for their third-straight season.

“It feels good,” Victor Kashouh Jr said. “It feels normal. As long as we play our brand of basketball we’ll be fine.”

Lob City’s selfless, fast-paced brand of basketball is extremely difficult to defend. Although they were missing big man Darius Debnam tonight, who is tough to replace, it actually helped them play even faster. They got out on the break and capitalized on the lack of transition defense.

All-star Greg Holt knows how important defense is going to be in the Finals, but isn’t treating it different from any other week.

“(Defense is) just as important as it is every week,” Holt said. “That’s how we win. We play defense and turn it into offense because it’s the easiest way to score when you have advantages like three on ones and two on ones.”

They’re going to need to bring that defensive intensity next week when they face off against Boom-Shakalaka who is hungry to avenge their double-overtime loss in last season’s Finals.

They squeaked out a win against a gritty Werewolves team in the Semifinals, and will need to shoot much better from behind the three-point line when they take the court against Lob City in the Finals on Tuesday night.