Rim Breakers annihilate Above the Rim in style 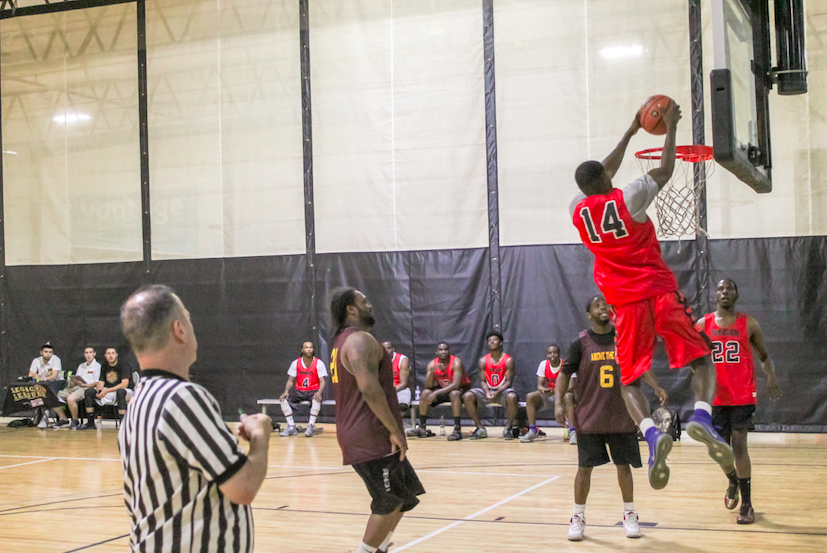 The game was a clear blowout, but an atypical one at that.

Unlike a normal landslide of a game – a usually boring contest, in which the team in command substitutes its starters for bench players in a certain point in order to keep the score from getting too out of hand –  the Rim Breakers kept running up the score and had fun with it in their 113-38 rout over the winless Above the Rim team on Monday night.

From the minute the game started, it was clear that the Rim Breakers (3-1) were the more dominant team and showed it through their consistent play on both sides of the court.

“We just wanted to come out, play good defense, move the ball around a lot and we played hard,” the Rim Breakers Zeek Howard said. “But once we come out and take that lead, then we can have fun.”

But don’t let the bigger numbers fool you. McLease and Turnbull were just two of the six Rim Breakers players who put up double figures in their dominant performance.

“We were just talking on defense,” Howard said. “[We were] switching, just calling out everything, just playing good defense.

After a relatively tight 24-17 first quarter, the Rim Breakers exploded in the second quarter, outscoring Above the Rim by 17 and holding them to just four points. As the buckets kept coming in the second half, so did the enthusiasm from both the bench and the players on the court.

Led by the all-around play from Richard Bronson, who dropped 11 points, nine rebounds, three blocks and two steals, the Rim Breakers emphatically played Above the Rim to a combined score of 68-17 in the second half.

However, the most notable moment of the game came after a pair of high-flying dunks and tough defense from Chris Leak in the fourth quarter. The entire Rim Breakers bench stood up and gave a boost to their squad by loudly clapping and yelling, even though the game was already far out of reach.

“At the end of the day, we want to have fun, but we want to come out strong and have fun afterward like we did today,” Howard said. “Usually, we play around and they try to make a comeback, but that is no more”.