Rim Breakers cruise to Semifinals with victory over Nothing Easy 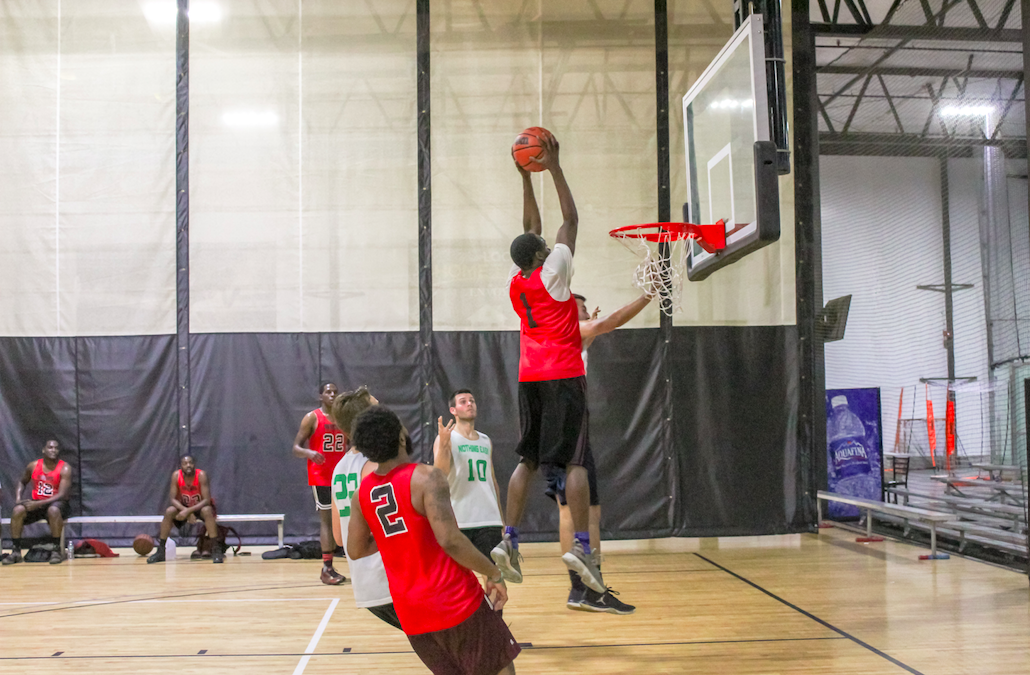 The Rim Breakers came off a first-round bye with no signs of rust in an 82-60 win over Nothing Easy. The second-seeded Rim Breakers continued their dominance from all season and cruised to this victory on Monday Night.

The Rim Breakers got contributions from everybody as every player to suit up added to the stat sheet. They have shown their depth all season long as they play 9-10 guys on a weekly basis and improved to 9-1 on the season.

One of their best players and first time All-Star as a rookie, Gerald Mclease, came off the bench again tonight and showed why he is an All-Star, and why this team is so deep. Mclease added 17 points in the win and will play for Team Hudson in next week’s All-Star Game.

“We played our game and fought hard, it was Nothing Easy though, we worked for it,” Fairfax said.

The Rim Breakers established their half-court zone press and trapped anyone who touched the ball, eliminating any type of rhythm offensively for Nothing Easy and taking touches away from Joe Capodagli, who was limited to 12 points on the night. Without him getting going, Nothing Easy didn’t have many answers offensively.

The Rim Breakers had nine steals to show for the press they had implemented from the start of the game.

“We brought it on defense tonight, the offense is always there so that’s all it takes for us,” Fairfax said.

All-Star captain Keivon Turnbull led the Rim Breakers with 18 points on 73 percent shooting proving why he deserved to be a captain in this summer’s All-Star game.

Brian Lilly led Nothing Easy with 14 points. The Rim Breakers will meet third-seeded Run TMC in the Semifinals on Thursday night.

The Rim Breakers will look to show up defensively and slow down five-time All-star Reggie Stewart of Run TMC.

“It’s the playoffs, it’s going to be a whole new mustard with this team, it will be nothing easy,” Fairfax said