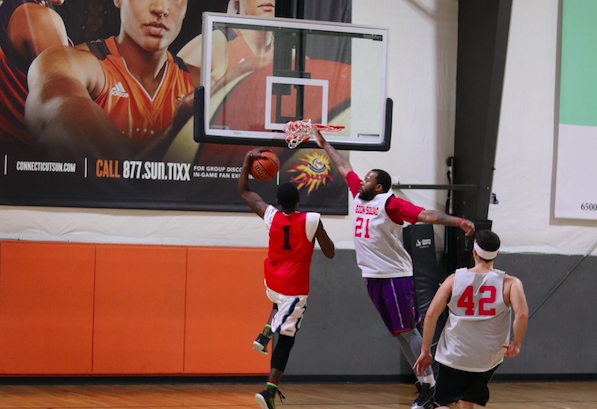 In a game featuring two evenly-matched teams who play contrasting styles of basketball, The Rim Breakers moved to 2-0 on the season with a 70-60 win over Goon Squad, who falls to 1-1.

After trailing 25-20 at halftime, Goon Squad turned it on in the third quarter, outscoring the Rim Breakers 25-16. The Rim Breakers responded in the fourth quarter, though, scoring 29 points while allowing just 15.

“Ball movement, playing good defense and setting up our shooters,” Rim Breakers’ John Pittman said about what his team did well to spark their fourth-quarter comeback. In the end, the Rim Breakers speed and athleticism was too much to handle.

The Rim Breakers will look to stay unbeaten next week as they take on Blood, Sweat & Beers. Goon Squad will try to get back into the win column against the defending champion Monstars.